The New York Knicks are the most frustrating team to watch 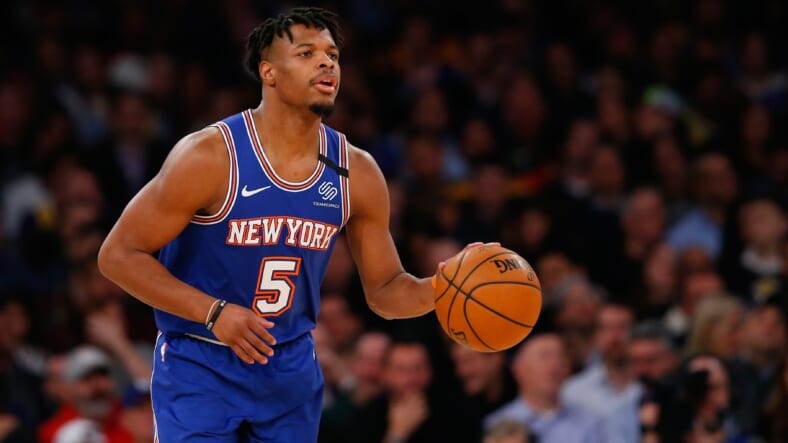 The New York Knicks played a typical ‘New York Knicks’ basketball game last evening.Â  The Knicks fell to the Charlotte Hornets, 97-92, after a great start to the game.

Both teams started the game with honoring the late, great Kobe Bryant.Â  The Hornets won the tip and took a 24-second shot clock violation followed by the Knicks taking a 8-second back-court violation.

Like mostly every other game, the Kncks came out hot.Â  Going up 13 at one point in the first half.Â  Everything was dropping for Julius Randle and couldn’t be guarded down-low.Â  He looked like he was playing for Bryant with 18 first half points but only ended with 24 points, fading away.

As all fans now, the defensive let up is always lurking around the corner.Â  It happens every game and it’s so unbelievably frustrating.Â  We sound like a broken record.

The Knicks begin and go on stretches were it appears that they could be onto something.Â  Then, they always let their guard down, having their opponent easily get back into the game.Â  If you want to be a good basketball team, you need to know how to put your opponent way.Â  The Knicks don’t know how to do that.

They aren’t a good team, not matter what anyone says.Â  The team thinks they’re good and while it’s good to have that confidence, there’s a difference between optimistic and reality.

The reality is the New York Knicks are a bad basketball team.Â  One of the worst teams in the league.Â  Playing veteran players and having lackadaisical defensive pressure deserves them to be at the very bottom.

When is Mike Miller going to realize that he isn’t ‘showcasing’ these veterans.Â  The Knicks aren’t winning games so it seems counterproductive to play the veterans over the young players.Â  Miller is taking away developmental time from the young players.Â  Frank Ntilikina barely played, Kevin Knox only played 11 minutes and Daymean Dotson 19 minutes, not ideal.Â  Fans would rather lose games with young players over veteran players.

All the Knicks articles these day seem to be constantly repeating themselves.Â  So no need to repeat ourselves because it’ll most likely happening again tonight in Memphis Grizzlies.Â  It’s getting old, play the young players and lose with them at least.