Source: Isaac Okoro works out for Timberwolves in Auburn 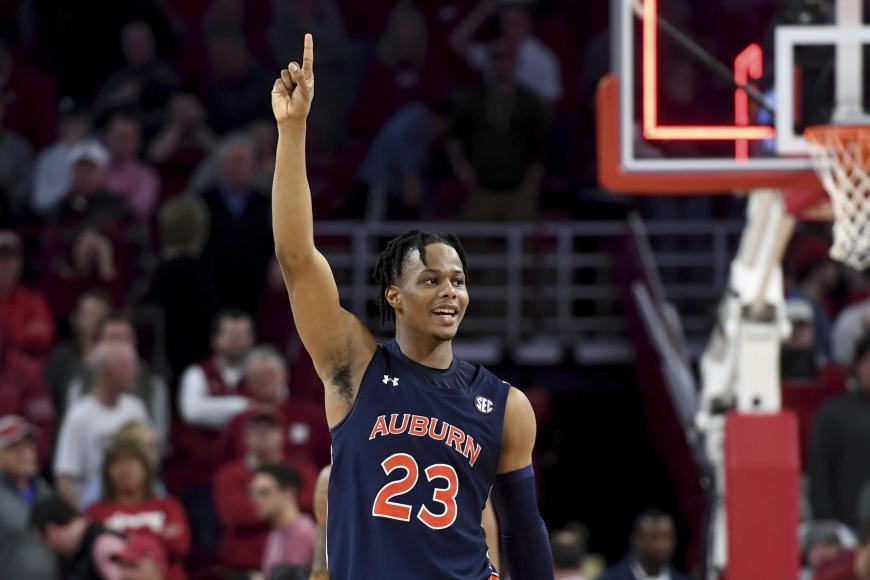 Since 2011, the NBA championships have been greatly influenced by the leagueâ€™s elite wingmen. LeBron James won the NBA Finals MVP award four times. Kawhi Leonard, Kevin Durant, each had two, while Andre Igoudala had one at the start of the Golden State Warriorsâ€™ dynasty in the 2014-15 season.

It is along with this line of thought that makes Auburnâ€™s one-and-done wingman Isaac Okoro such an intriguing prospect. Heâ€™s been one of the biggest risers in the Draft, drawing interests from high lottery teams, including the Minnesota Timberwolves, who have the No. 1 pick.

A source with knowledge of the situation tells Empire Sports Media that a Timberwolves delegation went to Auburn to watch Okoro work out in person last week. The source added he was impressive during the workout.

The Timberwolves are dreaming of contending in the stacked Western Conference. But for them to compete, they need an impactful wing they lost when they let Jimmy Butler walk away.

Okoro could give them the defensive swagger and playmaking that will perfectly complement Karl-Anthony Towns and Dâ€™Angelo Russellâ€™s offensive games.

The 19-year old Okoro is widely regarded as the best perimeter defender in this draft class.

The 6â€™6 forward, built like a tank with his 225-pound body and armed with a bull-strong game and winnerâ€™s mentality, has drawn comparisons to Igoudala, Leonard, and Jimmy Butler.

â€œHe was one of the most impactful defenders in the college game and has All-NBA potentials thanks to his excellent lateral quickness, high-intensity level, and sound technique,â€ Schmitz wrote.

Schmitz also noted that Okoro â€œplays a position and role that is extremely hard to find in todayâ€™s NBA.â€

Okoro has impacted winning in every stop, scoring championships from AAU to high school and, at one point, led Auburn to a rousing 15-0 start last season. The Tigers were 25-6 when the Covid-19 pandemic stopped the college season.