Knicks Draft Watch: What is the value of the top two picks? 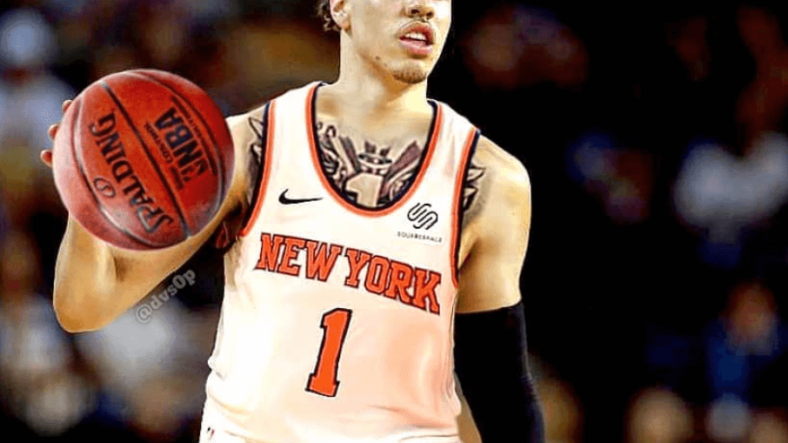 LaMelo Ball has added more fuel to the fire when he said on ESPN’s Jalen & Jacoby Show Wednesday that he has spoken to only two teams thus far: the New York Knicks and Golden State Warriors.

The 6-foot-7 point guard has been on top of the Knicks’ Draft Board since May according to Marc Berman of The New York Post. Meanwhile, Ian Begley of SNY recently reported that some NBA teams believe that the Knicks have been trying to move up in the Draft.

[wpdiscuz-feedback id=”ol7ytbvz35″ question=”What should be the right trade package?” opened=”0″]If the Knicks have their eyes on Ball, what could move the needle for them to get to the top of the Draft?[/wpdiscuz-feedback]

According to Kevin O’Connor of The Ringer, executives around the NBA believe the Minnesota Timberwolves will shop the top overall pick for a win-now player. The Warriors are also in the same boat, hoping that they could snag a key piece to augment the loss of Kevin Durant and Andre Igoudala.

But ESPN’s Front Office Insider Bobby Marks believes the value of the Wolves and Warriors’ top two selections have decreased relatively owing to the unpredictability of this Draft class.

“I don’t believe you can get an All-Star back. It’s a lot different compared to last year,” Marks told Empire Sports Media.

Trading draft picks have been tricky. Because there’s an unknown variable involved.

Revisiting past trades involving top picks might give us a better appraisal of the Timberwolves and Warriors’ picks.

The last time the No. 1 pick was traded happened in 2017 with the Philadelphia 76ers moving up from No. 3 to select Markelle Fultz. In return, the Celtics received the No. 3 pick (Jayson Tatum) and a future first-round pick which turned out to be Romeo Langford, last year’s No. 14 selection.

The following year, another Draft Day trade involving a top-three pick had a major impact. The Atlanta Hawks traded down from No. 3 to No. 5 to get an additional draft pick and selected sharp-shooter Trae Young.

The Mavericks, on the other hand, went on to pick Luka Doncic, who finished in the top five of the MVP balloting this season. The additional draft pick which the Hawks got in the trade turned out to be Cam Reddish, last year’s No. 10 selection.

Those cases, however, don’t apply to the Knicks, who are at the bottom half of the lottery. For the Knicks to move up into the top two, they will have to give more compensations than what the 76ers and the Mavericks have sent out.

The Knicks have the Draft capital, having six first-round picks starting next year until 2023 to choose from to add to their current No. 8 pick in a trade package. But they don’t have the win-now player which both the Timberwolves and the Warriors seek in a trade.

The last time an All-Star was involved in a trade for a No. 1 pick occurred in 2014 when the Cleveland Cavaliers sent No. 1 pick Andrew Wiggins for Kevin Love in a larger three-team trade with the Philadelphia 76ers.

In addition to Wiggins, Minnesota also received Anthony Bennett, Thaddeus Young, and a trade exception while the 76ers got Luc Richard Mbah a Moute and Alexey Shved, and a future first-rounder which turned out to be Timothe Luwawu-Cabarrot (24th pick in 2016 NBA Draft).

As complicated as it is to pull off a multiple-team trade, it’s the more plausible way for the Knicks to convince ironically the Timberwolves or the Warriors to part way with their picks.