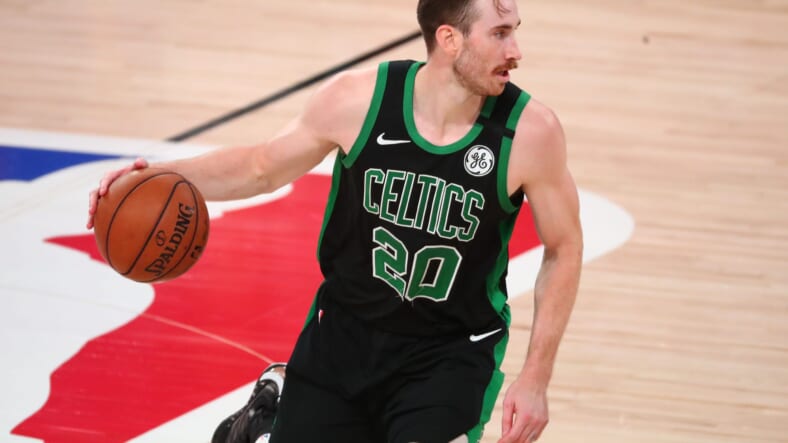 After a thorough house cleaning that opened up a $40 million cap space, the New York Knicks have reportedly begun shopping.

Marc Stein of the New York Times doubled down on The Ringer’s earlier report of the Knicks’ interest in Boston Celtics’ Gordon Hayward.

According to The Athletic’s Shams Charania, Hayward has declined his $34 million player option and will enter free agency.

Aside from having the cap space, the Knicks have Johnnie BryantÂ credited for Hayward’s development in Utah.

Paying Hayward in that range will likely remove the Knicks from contention in Russell Westbrook’s sweepstakes.

Meanwhile, CBS’ Sam Quinn has posited that the Celtics could execute a sign-and-trade deal wherein they would have to attach an asset to create a hefty trade exception.

If this happens, expect the Celtics to give the Knicks an asset to format it as a sign-and-trade.

That would open up a hefty trade exception that Boston could use to replace him. https://t.co/RCTh4pENRM

According to Yahoo Sports’ Vincent Goodwill, the Knicks are also among the interested teams for Minnesota Timberwolves’ combo guard Malik Beasley.

Beasley, who has emerged as a solid starter since the Timberwolves acquired him in the February trade deadline, has become expendable after selecting Anthony Edwards as the top overall pick on Wednesday’s NBA Draft.

Beasley averaged 20.7 points on a spectacular 42.6 percent shooting beyond the arc in 14 games with the Timberwolves. However, legal troubles have marred his otherwise impressive stay in Minnesota.

Here is the press release from the Hennepin County Attorney’s Office regarding charges brought against #Timberwolves RFA Malik Beasley and his wife, Montana Yao. pic.twitter.com/bq8Zn1FmyX

Beasley is facing charges of fifth-degree drug possession and threats of violence after his arrest in September. Hennepin County officials have also recently challenged his parental rights.