Merry Knicks-mas! James Harden giddy to face Knicks on Christmas at the Garden 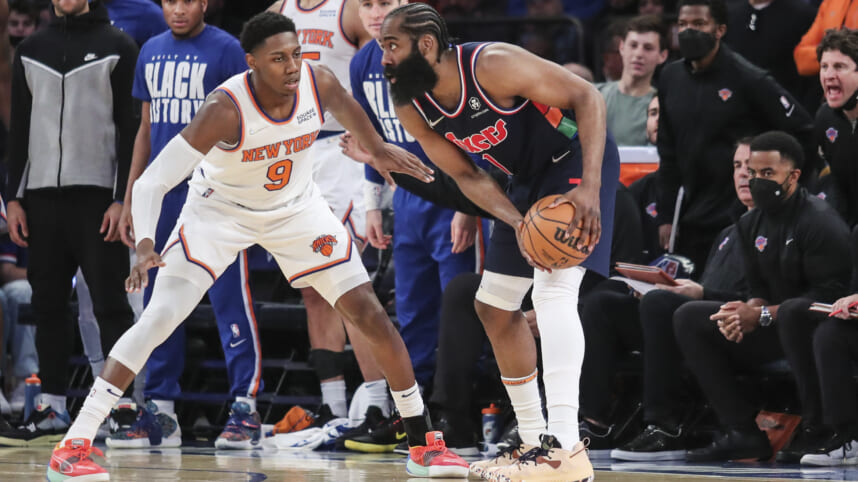 James Harden couldn’t contain his excitement and broke the news on Twitter that his Philadelphia 76ers would visit the New York Knicks on Christmas Day.

The Knicks-Sixers game will be one of the five games slated on NBA Christmas Day which will go head to head with the NFL’s three-game holiday schedule. The tip-off time is still unknown, but it might be in the afternoon as Western Conference matchups will likely take the primetime schedule.

As expected, the Knicks’ crosstown rival Brooklyn Nets have been left off in the NBA Christmas Day five-game bill amid the uncertainty of Kevin Durant and Kyrie Irving’s future.

Last year, the Knicks beat the Atlanta Hawks, 101-87, in a matinee game on Christmas to mark their return to the Holiday schedule since the 2018-19 season.

That game was an instant classic with Kemba Walker, now a former Knick, dropping a triple-double as he became the first player in franchise history to achieve the feat on Christmas.

This year, Harden will be facing a revamped Knicks backcourt featuring Jalen Brunson, who signed a four-year, $104 million deal to come to New York.

And depending on how the summer will go, there could be new characters that would add spice to the Holiday game between the two Atlantic Division rivals.

The Sixers are reportedly eyeing reuniting Durant with Harden while the Knicks are the odds-on favorite landing spot for Donovan Mitchell should the Jazz finally trade him.

It will be the 12th Christmas Day meeting between the Knicks and the Sixers, making it the most frequent matchup in the NBA’s Holiday schedule. Philadelphia holds a 7-5 record in their head-to-head Christmas Day matchups against New York after hammering out a 105-98 win in 2017.

Harden averages 28.1 points, 7.6 assists and 6.7 rebounds against the Knicks.