Knicks’ Jalen Brunson is proving he is worth every penny 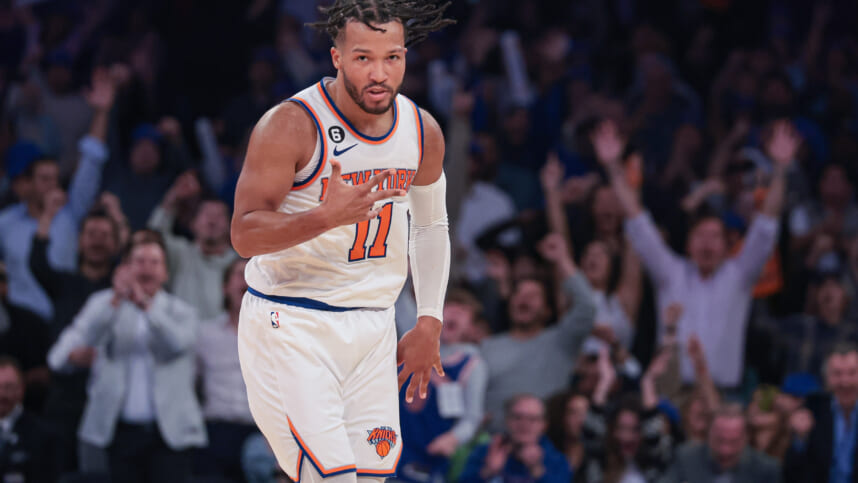 Knicks point guard Jalen Brunson, who was the premiere Knicks offseason acquisition, has shown an immediate impact on the court for the team.

In his performance Wednesday evening against the Charlotte Hornets, Brunson was crucial for the Knicks’ 134-131 overtime win, providing 27 points on 10/15 shooting from the field, seven rebounds, and a career-high 13 assists.

“The way I perform is all because of my teammates. They make my life easier”

When the Knicks signed him in July, many “experts” and fans were critical of signing Brunson. His four-year $104 million dollar contract was considered too hefty of a price by them. On top of that, people recognized that Brunson had many personal connections that tied him to the signing.

Knicks president Leon Rose is Brunson’s Godfather, and he had represented Brunson’s father, Rick as his agent. Rick is now an assistant coach for the Knicks. Even Rose’s son, Sam, is one of Jalen Brunson’s agents. As a result, many were skeptical that the move was purely for the benefit of the two families. But his performances on the court quickly disproved that theory.

The Knicks are a better team with Jalen Brunson on it:

The Knick offense has grown exponentially stronger in Brunson’s first four games. Last season, the Knicks put up 106.5 points per game, one of the worst in the league. The Knicks have put up 119 points per game this season with Brunson, the 5th best in the entire NBA.

“He’s been great. [Brunson] gets us into great sets. He knows how to get people the ball at the right time.”

Brunson has boosted his own statistics as well. His 4.8 assists per game last season was the highest season tally he had. Currently, Brunson is averaging 8.5 assists per game with the Knicks, enough to place him in the top ten in the category. He also is averaging 20 points per game and grabbing 4.5 boards per game this season which would be career highs if the season ended today.

With Brunson at the helm, the offensive possibilities for the Knicks are limitless. While he is the 14th highest-paid point guard in the NBA, he is undoubtedly playing better than others who are getting paid more. Next up for the Knicks are the Milwaukee Bucks on Friday, who will provide a tough test for them. However, with Brunson, who knows what the game, and the season, can become for the New York Knicks?