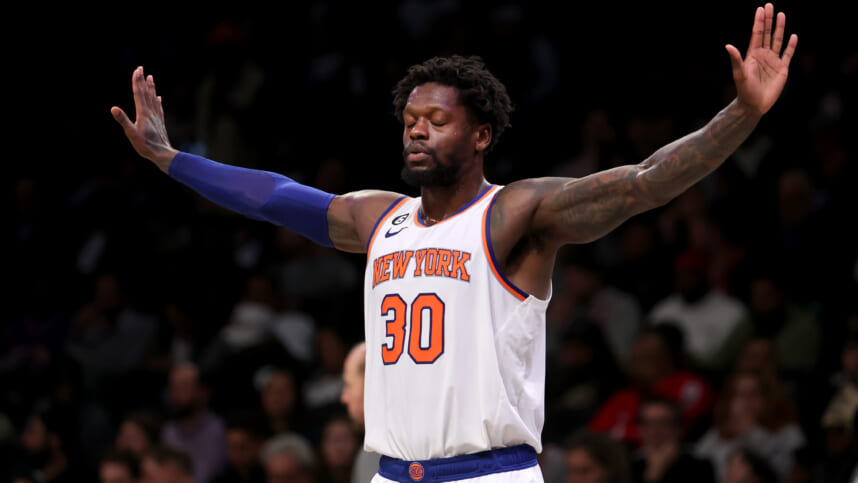 Winter is coming, but the consistently inconsistent New York Knicks are feeling the heat.

Julius Randle reportedly called a players-only dinner on the heels of their embarrassing 145-135 loss at home to the rebuilding Oklahoma City Thunder.

“Just trying to hold each other accountable. Trying to get this going because we want to win.”

And perhaps to save their coach.

Tom Thibodeau’s seat could be warming up after losing three of their last five games in disheartening fashion.

The Boston Celtics hit 27 3s, the most the Knicks gave up under Thibodeau. Then they fall to the shorthanded Brooklyn Nets, a team in turmoil, by 27. The loss to the Thunder was a bitter pill to swallow as they scored a franchise-record 48 points in the opening quarter only to allow the visitors to drop the most points against a Thibodeau-coached defense in New York.

The exasperated New York coach was visibly disappointed after the loss. But it looks more of a despair as the Knicks continue giving up the most wide-open 3s.

The Utah Jazz, their first opponent in this make-or-break five-game West Coast trip, no longer employs Donovan Mitchell, but their offense hasn’t skipped a beat.

A perfect storm is brewing in Salt Lake City’s high altitude, with the 10-5 Jazz averaging 14.7 made 3s on 39.8 attempts. Those top-4 numbers perfectly fit into the Knicks’ bottom perimeter defense (league-most 39.7 3-point attempts allowed and 2nd-most 14.1 made 3s allowed).

“It was good, good to have a team dinner like that. Try to figure this out the best that we can. We all care, trying to get this going on the right track.”

Tightening their point of attack and perimeter defense should be a step in the right direction, or heads will roll starting with Thibodeau.

Barrett still vouched for his embattled coach despite getting benched for all but two minutes of the last half of the ill-fated Sunday matinee game.

“[Thibodeau’s] body of work speaks for itself. He knows what he’s doing.”

But actions speak louder than words.

Barrett and the Knicks have to walk the talk.