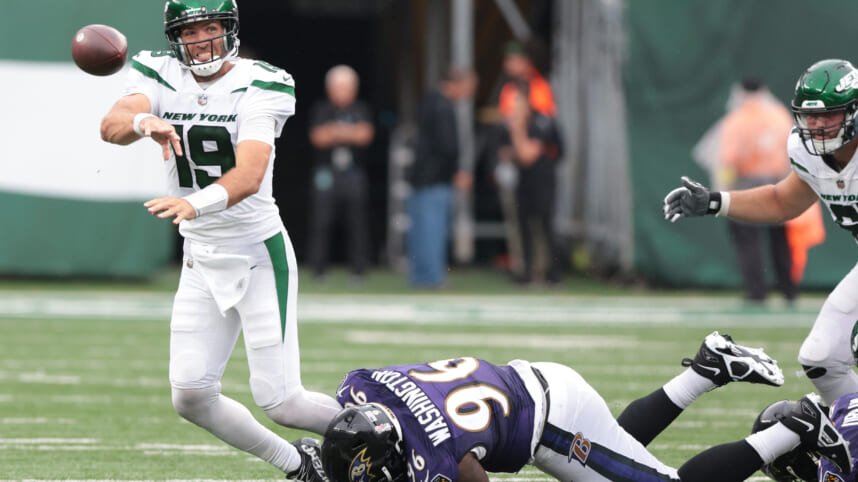 Much excitement surrounding the New York Jets going into Week 1 of this year was the offense. Not only did the Jets severely upgrade across the board in terms of talent, but they had a young, innovative play-caller.

It is well documented how Mike LaFleur did a masterful job most of the second half of 2021. He did even with a less-than-ideal collection of talent. His scheme is a modern-day one with all sorts of gimmicks, something the Jets have lacked for some time.

Nonetheless, the Jets offense struggled mightily ringing in 2022. They totaled nine points, six of which were in garbage time. The Jets controlled the football in this one with 79 plays. However, they only posted 378 yards. The Jets did not convert a third down until the fourth quarter.

Despite the rough start, LaFleur is talented and can get this group back on track in Week 2.

From a personnel standpoint, the Jets started this one in a fairly shocking fashion. They went heavy with 13 personnel (1 running back, 3 tight ends) featuring Lawrence Cager. LaFleur’s idea was likely to establish a ground game with Michael Carter and Breece Hall, a logical approach most probably expected.

Aside from the first play of the game, Carter’s big run, the Jets failed to establish much in the early going. They stuck with the three tight end looks beyond the first drive as well.

It is worth noting that the Jets starting five along the offensive line had multiple moving parts all offseason leading to minimal work therefore, no cohesion. The lone big passing play early to Elijah Moore was on a max protection off of play action. It was something the Jets really did not go back to.

The heavy tight end usage kept a few of the Jets’ talented wide receivers over on the sideline to start the game. It is well known how little 10th overall pick Garrett Wilson played in the first half.

Despite being down early in the first quarter, the Jets continued to stick with running the football. However, they changed some things from a personnel standpoint, leading to yet another issue.

Following the first two drives, CJ Uzomah was hardly on the field. The Jets went on to throw it a ton (62 dropbacks) out of 11 personnel (1 running back, 1 tight end) packages. Elijah Moore was the prominent leader in terms of reps. Corey Davis, Wilson, and Braxton Berrios rotated, with Davis leading the bunch. The lead tight end in three wide was Tyler Conklin.

The pass blocking, along with a lack of mobility from Joe Flacco undoubtedly threw off a lot for LaFleur in this one. Two key takeaways moving forward though are sustaining a balance from a personnel standpoint. The Jets were balanced with the ground game until they had to throw it. The second main point is getting back to dialing up his trick plays that worked so effectively for the Jets in the second half of 2021.

It all starts out for the Jets up front. If the run and pass blocking can be somewhat better with another week of practice to work together, it will propel this unit. It will enable LaFleur to balance his personnel groupings and the total amount of run and pass plays. From there, hopefully, he is able to open up with the tricks and have more chances to dial up downfield opportunities to 4.3 speedsters Moore and Wilson.