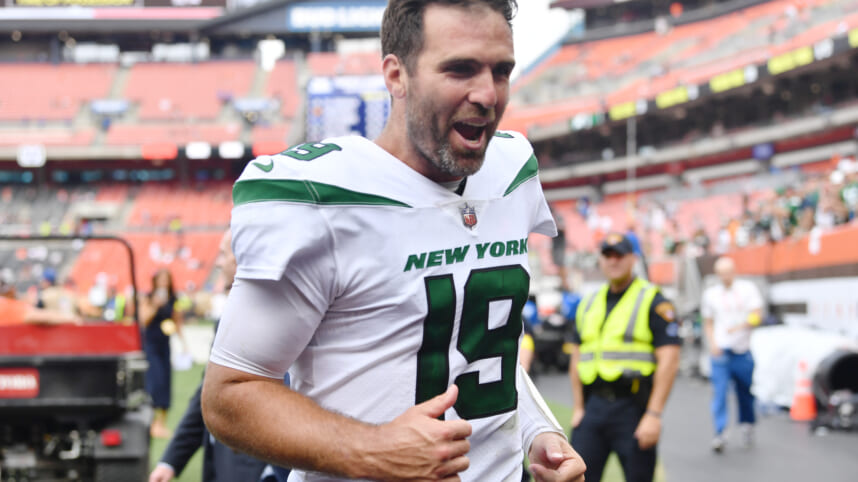 Tomorrow afternoon, the New York Jets will compete against the defending AFC Champions. Regardless of their winless start, the Cincinnati Bengals pose some problems that the Jets have got to account for.

It is vital for this young Jets team to build on the momentum they created for themselves in the final 1:30 of last week’s comeback thriller. Especially playing at MetLife Stadium.

For starters, before highlighting the five key points, as usual, the Jets cannot beat themselves. Last week, they did a good job in this regard. Continued success on special teams when needed, winning third down on both sides of the ball along with taking the turnover, penalty, red zone, and time of possession battles will be pivotal to victory for the Jets.

The Jets’ defensive line needs to come up big:

Against both the run and the pass, there is no reason why the Jets’ talented and deep defensive line should not consistently win against the Bengals’ offensive line.

Starting on the ground, the Jets run defense struggled tremendously a week ago and must bounce back. To boot, the Bengals are 24th in yards per rush, averaging 3.8 a carry. In Week 2, the Bengals longest run went for 12 yards. Simply, no excuse for the Jets’ run defense to not be much better than last week.

Then, when it comes to pass blocking, the Bengals have been terrible. They gave up seven sacks in Week 1 and six in Week 2, the 13 in total ranks last in football. Also, their offensive line allowed 11 quarterback hits in Week 1, followed up with nine last week. Again, no reason for the Jets’ pass rush to not be dominant in this game.

The Jets have struggled to get home rushing the passer. They have just three sacks over 118 snaps in the first two games. Between Quinnen Williams, Carl Lawson, John Franklin-Myers, Jermaine Johnson, Jacob Martin, and Sheldon Rankins, there is too much talent for the Jets to not have a big, breakout pass-rushing outing in Week 3.

Do not be the team that allows the Bengals offense big plays:

To follow up with the Bengals’ poor rushing attack of 3.8 yards per carry, they have similarly struggled to create big plays in the passing game. It is on the Jets’ defense to continue to hold the Bengals’ offense from generating chunk plays.

Joe Burrow is averaging just six yards per passing attempt. His longest completion of the year is just 24 yards. Last week, his longest pass went for only 19 yards. Obviously, their bad offensive line plays a part in the lack of big passing plays.

Nonetheless, it is on the Jets’ defense to limit explosives in this one to win. As mentioned above, it starts up front with the Jets pass rush getting home. Finally, the Jets’ coverage has got to hold up against a talented group of pass-catchers.

DJ Reader has been a problem for offensive lines in the first two weeks of the season. He has three quarterback hits and a tackle for loss on the year. The Jets cannot allow him to take control of this football game.

Last week, the Jets did a respectable job against Myles Garrett. They must follow up with similar type of production with Reader.

The interior of the Jets’ offensive line is a strength. Between Alijah Vera-Tucker, Laken Tomlinson, and Connor McGovern, the ability to contain Reader is there.

Run the football inside the tackles with better efficiency:

As stated, the Jets have a more than capable guard duo and center. It is on them to establish the tone and propel the Jets’ ground attack to success in between the tackles.

Most of the Jets’ big runs a week ago were when Breece Hall got the football in space out on the edge, or Michael Carter made defenders miss. Carter was held to just 3.3 yards per rush.

Following last week’s problems running the football inside, it will be key for the Jets to change that to win two in a row.

The Bengals will play a lot of single-high with Jessie Bates. Specifically, they will run a chunk of Cover-1 Man. It will lead to Elijah Moore, Garrett Wilson, Corey Davis, and Braxton Berrios having their opportunities to thrive in 1-on-1 situations.

Moore, in particular, has been routinely getting open and is poised to have a big game. The Jets’ passing attack will have opportunities to rip off big plays down the field in this game. Doing so will help their chances of winning.