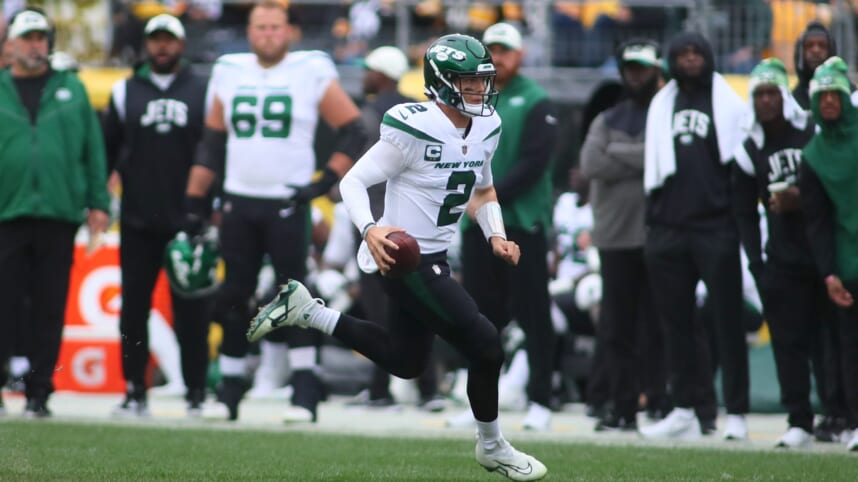 Rightfully so, much excitement surrounds the New York Jets following Sunday’s win in Pittsburgh, getting the team to 2-2. Now, the team has to keep the positive momentum going.

After attaining progress by getting a win in the month of September and having a .500 record in early October so far this year, it is time for the Jets to keep building in the right direction.

Not only would a Week 5 win at home against the Miami Dolphins put the Jets over .500 for the first time since Week 1 of 2018, but it would evidently prove progress in two departments the Jets have recently struggled.

Winning in the division:

A win over the Dolphins this Sunday would be the Jets’ first win in the division since 2019. The Jets are 0-12 in the AFC East over the last two years. Playing this one at home, it is time for this winless streak to come to an end.

Taking games in the division is one clear way that the Jets can universally prove that they are indeed taking the right steps forward. Starting to win in the division was something that Robert Saleh and the Jets made known throughout this offseason. Saleh had this to say.

Now, they must do it.

Establishing a winning streak means something for the Jets head coach as he looks to prove himself as the leader of this football team. A win in Week 5 at MetLife Stadium would be Saleh’s first winning streak since being the Jets’ head coach.

This is a relatively big step. It proves that he can indeed string wins together and not letdown after the highs, something that has been a problem following his first five wins with the Jets. The team has started most games slow following wins over the last two years.

Lastly, it shows that his message could potentially be starting to get through to this young team. This can also be a clear indication that winning is becoming contagious for this Jets football team.

Division wins and winning streaks are the next two ways for the Jets to keep improving this week.