Who do the Giants have left at receiver after injuries continue to plague unit? 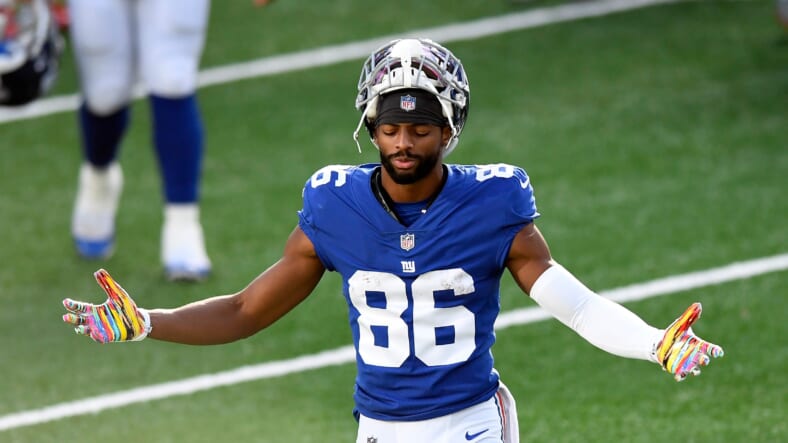 In a year where even decent wide receiver production has been hard to come by, the New York Giants finally had something yesterday, up until injury.

First-year wide receiver Wan’Dale Robinson put together an exciting nine-catch, 100-yard day. But unfortunately, he has a torn ACL.

With Robinson and Sterling Shepard both suffering the same injury, the Giants’ group at receiver is now taking an even bigger hit.

Who do the Giants have left?

Slayton has certainly stepped up and proven himself to be a reliable top target for Daniel Jones. He leads the Giants in yards by almost 200, with 413. The 25-year-old receiver has put together four-consecutive strong games of 58 yards or more.

At this point, any contributions from Golladay will be taken. The two the Giants really need to outperform expectations, though are Hodgins and James.

Since getting his opportunity two weeks ago, Hodgins has provided the Giants’ offense with five catches for 70 yards, 35 per game. James is the team’s second-leading receiver in yardage behind Slayton, with 239.

This group is likely the worst in the league. Thanks to underwhelming execution from significantly invested players and a few tough injuries, the Giants are down to one poor receiver unit. While it will be tough on Daniel Jones, he has worked to overcome this deficiency all year and will have to continue it down the stretch.