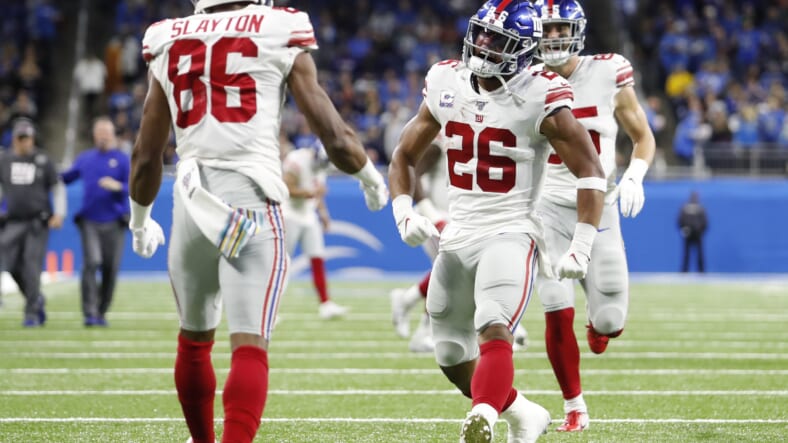 As the New York Giants prepare to face off against the Washington Redskins in a behemoth contest that will determine the future draft position for both teams, specifically in the top four, the Miami Dolphins and Cincinnati Bengals will also match up, causing week 16 to be an important one.

The Giants currently sit in the second overall spot in the draft, and while establishing a winning culture is a priority, especially for head coach Pat Shurmur who’s fighting for his job, landing generational talent Chase Young holds an incredibly frustrating amount of value.

On one side, the youth on the team hasn’t experienced much happiness in the locker room after losing nine straight games, which places a higher value on winning football games, one the other side, seeing Young in Blue would increase the probability of winning in 2020.

What will the New York Giants be looking to do over the next two games?

There’s only one priority remaining for Big Blue, and that’s the development of the rookies and younger talent. Ensuring cornerbacks DeAndre Baker, Sam Beal, and Corey Ballentine receive plenty of live-game experience is essential, and safety Julian Love will be active as usual.

Rookie passer Daniel Jones will also return to action after missing the last two games due to a high ankle sprain, and gaining any significant film to review during the offseason is beneficial.

The upcoming offseason will be the most important since GM Dave Gettleman’s hiring two years ago, as he will walk into battle with over $80 million in cap-space (estimated). Generally, Gettleman’s success rate in free agency hasn’t brewed confidence, which is a troublesome reality for the Giants.

Many have called for the firing of Gettleman, explicitly noting his poor FA choices. Still, it’s unlikely owners John Mara and Steve Tisch will cut his tenure short without giving him one final offseason to reinforce the team.