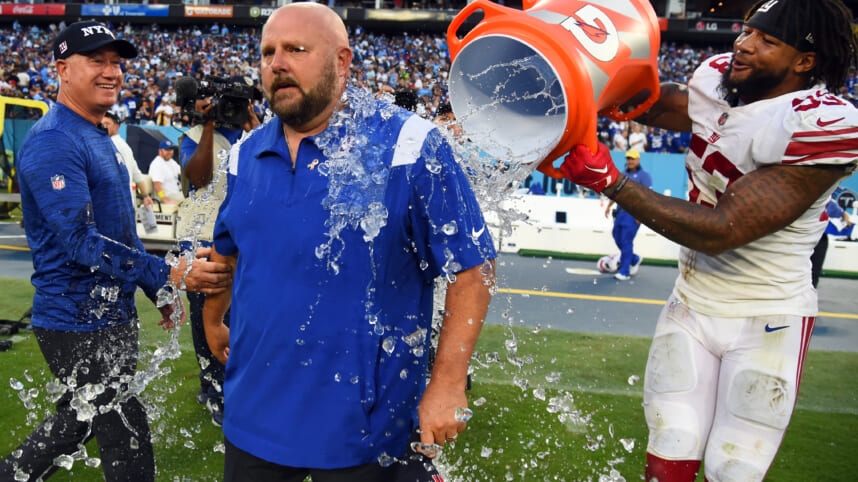 Without starting edge defenders Kayvon Thibodeaux and Azeez Ojulari, the New York Giants needed contributions from others to have a chance on Sunday.

The next man up to fill in for Thibodeaux and Ojulari was fourth-year Giant, Oshane Ximines.

Ximines was drafted in the third round of the 2019 NFL draft by the Giants. He was a respected pass-rushing prospect.

Going into Tennessee to play the Titans was certainly a challenge for the Giants. Especially, without their young and talented edge duo of Thibodeaux and Ojulari. That being said, it did grant an opportunity for someone to step up and prove themself.

To start out the 2022 season, it was the 25-year-old, Ximines for the Giants. In the first game of the year, Ximines played 43 snaps, totaled six tackles, recorded two quarterback hits, and had a pass deflection. Despite not having a sack, Ximines made his presence felt. Across the board, he still filled out the stat sheet in an impactful manner.

Knowing that Ximines entered this season on the final year of his rookie contract and that he was drafted by a different regime, his roster status was unknown. New head coach Brian Daboll spoke on how Ximines has played so far.

“Yeah, well he earned his spot. He had a good camp. I know that Wink (Martindale), Drew (Wilkins) and the rest of the coaches have a lot of confidence in him on defense and when the other guys that we had at those spots couldn’t play, like I said the guys on the team are here for a reason. He’s been a great teammate. I think he’s gotten better and better each day. I love his personality. He’s a really good guy. And I think he’s improving every day as a player on our defense. And sometimes you just need a fresh start.”

It is exciting to see young players step up when needed. Knowing Ximines has this capability can allow the Giants to ease in Thibodeaux and Ojulari when they return. And then, when the two starters are fully healthy, the Giants now know they have a reliable depth player that can make plays.