Should the New York Giants prioritize acquiring a slot or outside receiver? 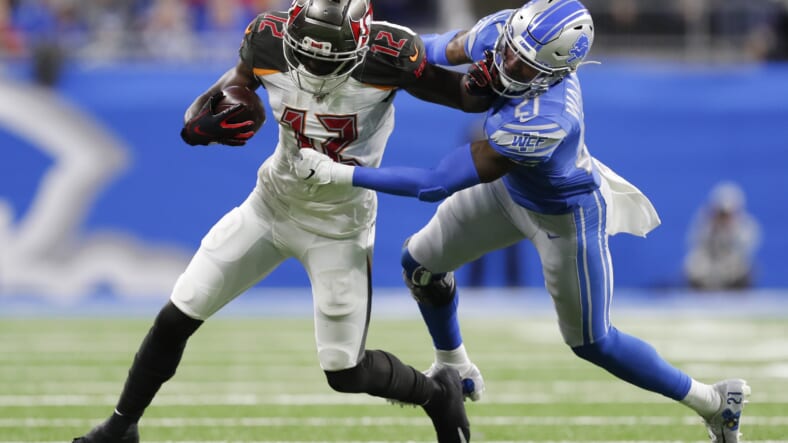 The New York Giants confirmed that they will be looking for offensive playmakers this offseason. Daniel Jones needs help. But where will the help come from? Will the Giants sign a wide receiver in free agency or draft someone early on in the 2021 NFL Draft?

More specifically, what kind of receiver will the Giants target? It is a rich free agency class and an arguably richer draft class. But many of the top prospects in each class are slot receivers. Most fans assume New York will go after an outside wide receiver because the roster already includes Sterling Shepard and Golden Tate.

However, Tate is a potential cut candidate, and the inclusion of Sterling Shepard should not prevent the Giants from signing an outside wide receiver. Shepard has been primarily an outside receiver the past two seasons.

In 2020, Shep played 190 snaps in the slot compared to 356 snaps out wide. In the slot, Sterling recorded 20 receptions for 148 yards and one touchdown (only 7.4 yards per reception). Out wide, Shepard totaled 46 receptions for 508 yards and three touchdowns (11.04 yards per reception). Given Sterling Shepard’s efficiency lined up outside, should the Giants consider acquiring an elite slot receiver this offseason? Or should they move Shepard inside and get an elite outside receiver?

Slot or outside wide receiver?

Sterling Shepard was far more efficient while playing outside in 2020. Darius Slayton was inconsistent this season but typically plays on the outside. New York had a rotation in the slot that included Golden Tate, Austin Mack, CJ Board, and Sterling Shepard. Going forward, the Giants will have to reconfigure their wide receiver corps as they look to acquire more talent at the position.

Some of the top free-agent wide receivers this offseason are Allen Robinson, Kenny Golladay, Chris Godwin, and Curtis Samuel. Golladay and Robinson are outside wide receivers but Godwin and Samuel are primarily slot receivers. The first pair of receivers will likely cost more money than the second pair, which could make the Giants more attracted to one of those top slot receivers.

Furthermore, in the draft, there is a debate between two of the top receiver prospects. Jaylen Waddle and Devonta Smith, both Alabama products, will be first-round wide receivers in 2021. The Giants are likely to target a wide receiver, but if they go wide receiver in the first round, which one of the two Alabama boys will they prefer?

Whichever player they believe to be better, regardless of whether or not they play inside or outside, is who they should prefer. Smith played primarily outside in college. Waddle operating primarily from the slot. This has fans assuming that the Giants will target Smith and cross Waddle off their list. That is not and should not be the case.

If the Giants believe Waddle is the better player then they should absolutely target him. The Giants need an elite, number one wide receiver. Why must that receiver play outside? It is entirely possible to have your primary receiver play in the slot. Sterling Shepard is efficient at playing outside. When we interviewed his trainer David Robinson on Fireside Giants, Robinson indicated that Shepard is better and more comfortable playing outside.

If the Giants have the opportunity to acquire the likes of Jaylen Waddle or Chris Godwin, they should not shy away from these elite talents just because they are slot receivers. Having your primary receiver play on the outside is not a necessity. The Giants have the personnel to acquire a guy inside or outside. Sterling Shepard could move inside if he has to, but he just might be better off outside.