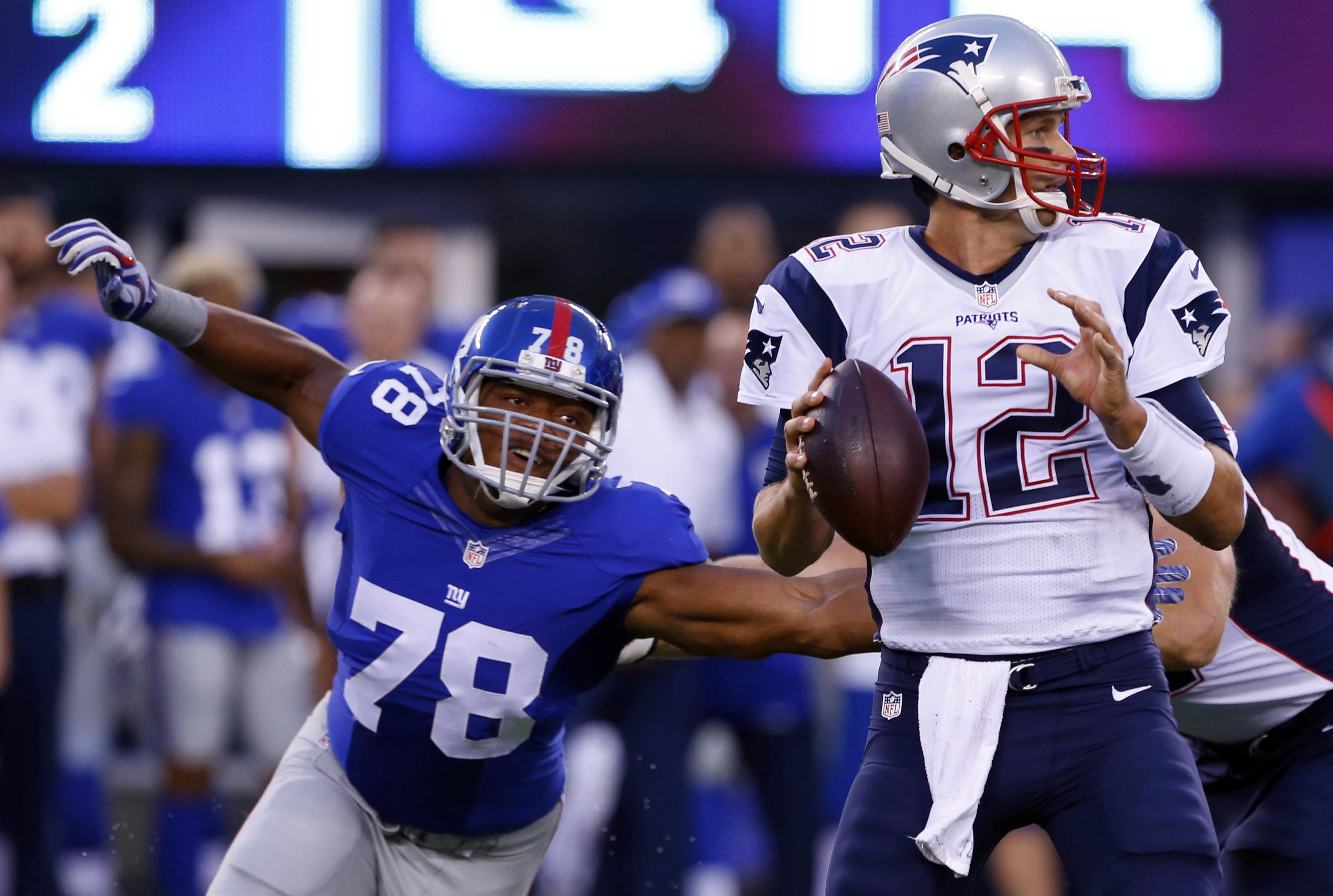 The NFL offseason is the time for outlandish theories and proposals, and one of the latest ones to crop up is related to the New York Giants and their AFC rival the New England Patriots. These two teams have of course met in the Super Bowl twice, and a rivalry exists between them even outside of that thanks to their New York and Boston connections, but one recently proposed idea would involve the most iconic Patriots player making the switch to the Giants.

It doesn’t seem all that likely to happen but it’s an interesting scenario to think about.

According to FOX Sports Radio’s Jason Smith, the Giants should make a move to sign Tom Brady for two or three years rather than handing the reins right over to Daniel Jones now that Eli Manning is retiring.

“How about the Giants replacing Eli Manning with Tom Brady? He could get a 3 or 4-year contract with the Giants. Joe Judge just took over, who was a wide receivers coach in New England. Brady is not going to play off the map somewhere in a place like Tennessee,” Smith said.

“Brady is not going to Carolina just because it’s a ‘good fit’. He’s either going to New York or Los Angeles. The Giants will do something, and either move Daniel Jones or have him sit behind Brady for a year or two. The Giants would offer everything Brady needs to continue his career, and the NFC East is one of the weakest divisions in football,” Smith continued.

That assumes, of course, that the Giants are in the market for a quarterback.

The team invested heavily in getting Daniel Jones, spending a top ten pick on him in fact, so it’s easier to believe that they’ll keep him in the starting lineup rather than placing him on the bench for a few more years after bringing in a famous quarterback like Tom Brady.

They also showed their commitment to Jones when they benched Eli Manning for him in the first place – something the staff had repeatedly said they didn’t plan on doing before the first couple of weeks of the season, before changing their mind and placing Jones in the starting lineup.

If the Giants did want to change their mind about that commitment, however, Tom Brady would be an interesting experiment – Brady is nearing the end of his career but is still capable with the right receivers and blocking, and having such a big name quarterback playing for the Giants after Manning’s retirement might help out fan interest.

With the current investment in Jones, however, and the fact that Brady isn’t necessarily worth alienating Jones for thanks to being at the end of his career, this idea is pretty much a pipe dream. Something interesting to think about, that likely won’t happen in reality.