Odell Beckham Jr. sweepstakes coming down to Giants and Cowboys 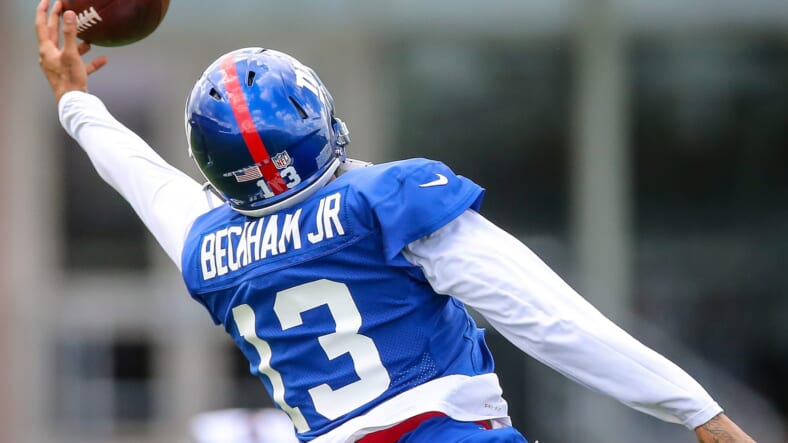 With the New York Giants currently hosting a 7–2 record on the season, injecting more talent into the roster may help their playoff chances. Specifically, the team could use an influx of wide receiver talent, which is why 2021 Super Bowl winner Odell Beckham Jr. could fit the bill nicely, having just recovered from ACL reconstructive surgery.

Beckham has been testing the waters on social media to see which teams desire his services, but Giants general manager Joe Schoen mentioned that he had connected with Beckham’s agents to gauge his price tag.

It seems as if OBJ is looking for a multiyear deal, but he may not be able to land one at this point in the season. The more likely scenario is that he signs a deal for the rest of the 2022 season and hopes to leverage that into a multiyear contract. However, it seems to be coming down to the Giants and Cowboys, both of whom he’s expected to visit after Thanksgiving.

The Cowboys and Giants have emerged as two of the favorites to sign free-agent receiver Odell Beckham Jr., who plans to visit both NFC East rivals after this week’s Thanksgiving holiday, per sources.

The 30-year-old receiver played in 14 games last year, tallying 537 yards and five scores. The last time he recorded over 1,000 receiving yards was back in 2019 with the Cleveland Browns, the season after he was traded from Big Blue following a big contract extension.

Reconnecting with OBJ would certainly give Giants fans a nostalgic feeling, but his best days are most certainly behind him. Following two ACL recoveries and other injuries, he likely won’t have that same spark he once did during the first three seasons of his career, the only years he produced double-digit touchdowns. Nonetheless, for a team that is severely thin at the receiver position, he would be an immediate asset and provide plenty of production where there currently isn’t any.

Some may reference the negative attention he brought to Big Blue in the past, but OBJ has matured, and having recently won a Super Bowl, he’s ready to make an impact as a veteran leader and not just a youthful, energetic player.