New York Giants: Why Jabrill Peppers Will Be The Best Player On The New Defense 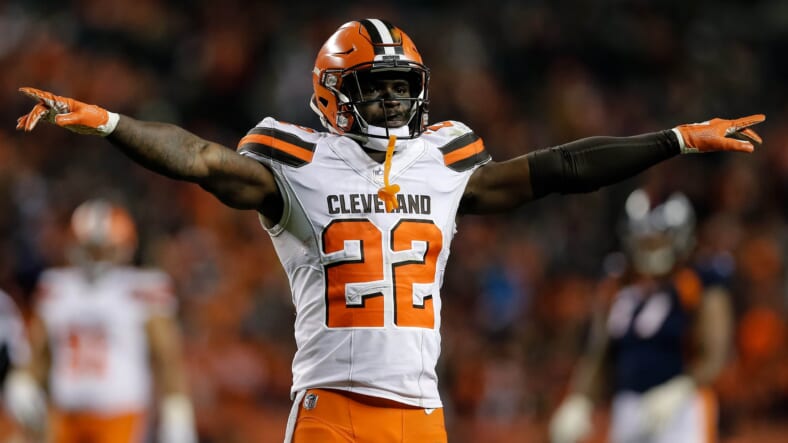 The New York Giants have totally revamped their secondary this offseason. They let star safety Landon Collins walk in free agency, then went and drafted three (four if you count Sam Beal) cornerbacks in the 2019 NFL Draft.

The Cleveland Browns drafted Jabrill Peppers with the 25th overall pick in the 2017 NFL Draft. Peppers was a great safety prospect coming out of Michigan. Lance Zierlein of NFL.com referred to Peppers as “the ultimate Swiss Army Knife on the collegiate level” during the 2017 draft process.

Peppers was a true playmaker coming out of college with 11 passes defended, 1 interception, 3 sacks, and 18.5 tackles for loss in his last two seasons. However, Peppers did not look like the player he has the potential to be while playing in Cleveland.

In his rookie season, Jabrill was a little disappointing. He put up only 57 tackles in 13 games. But this lack of production could be attributed more to the Browns than to Jabrill Peppers. The Browns forced Peppers to play free safety on 88.2% of his defensive snaps in his rookie 2017 campaign. When they decided to move Peppers around in 2018, the results were much better.

The Browns used Peppers as a jack-of-all-trades defensive back in 2018, like he was used in college at Michigan. Most of his snaps were played at safety (281 snaps), but he played a lot of snaps at linebacker (172 snaps), edge (133 snaps), and slot cornerback (108 snaps), too, according to Pro Football Focus.

This lead to a better statistical season from Jabrill Peppers. He played all 16 games and finished with 79 combined tackles, 1 interception, 5 passes defended, 5 tackles for loss, 1 sack, 2 forced fumbles, and 3 fumble recoveries.

Giants’ defensive coordinator James Bettcher has proven that he knows how to use a versatile, hybrid safety. When Bettcher was with the Arizona Cardinals, he helped turn Tyrann Mathieu into a household name. Tyrann was awarded First-Team All-Pro in 2015 for his 89 tackle, 5 interception season.