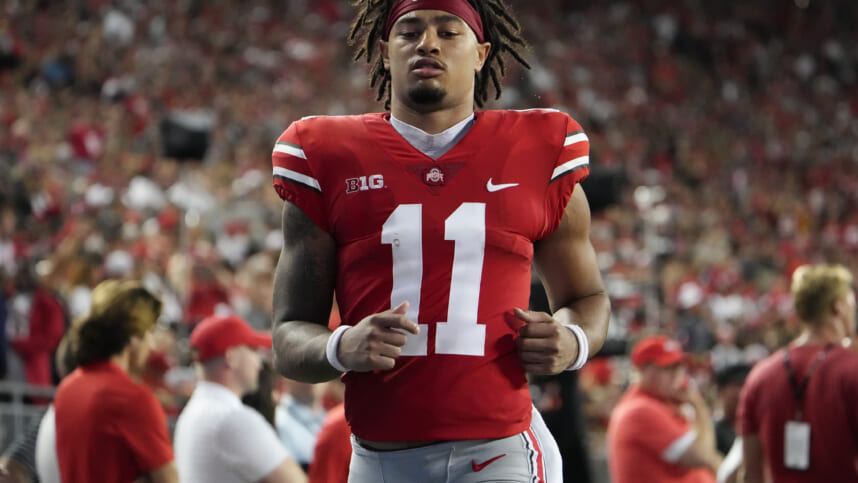 One of the New York Giants‘ biggest issues this season is their lack of talent in the wide receiver corps. Big-money wide-out Kenny Golladay hasn’t made the impact most hoped after signing a lucrative $72 million deal in 2021. He failed to record a touchdown reception with Jason Garrett as his offensive coordinator, but Mike Kafka hasn’t done him any favors either.

Golladay has been mostly removed from the offensive scheme, playing 77% of snaps in Week 1 against the Tennessee Titans but seeing a high of just 42% against the Chicago Bears in Week 4. Golladay has been dealing with an MCL sprain the last few weeks, but he’s expected to return after the BYE week.

However, with the Giants’ desperate need at receiver, most expected they would make a move at the trade deadline. Instead, general manager Joe Schoen has remained patient with his draft capital, electing to spend it traditionally and continue laying the foundational bricks.

The New York Giants land a stud receiver in the 2023 NFL Draft:

Luckily for the Giants, they land one of college football’s top receivers in PFF‘s latest 2023 mock draft. Ohio State stand-out Jaxon Smith-Njigba is coming off one of the best seasons in college football history at the WR position. He earned 1,606 yards through the air with nine touchdowns, including 16.9 yards on average per attempt. He broke the Big Ten single-season record for yards, but he’s had a tumultuous 2022 season after suffering a hamstring injury against Notre Dame. He’s only played three games this year, hauling in five passes for 43 yards. It is possible he misses the majority of the season with the lingering hamstring issue, but he’s expected to be 100% for the NFL, given he elects to declare for the draft.

Containing incredible body control and good size at 6-foot, 197 pounds, he could fit the bill perfectly for a Mike Kafka-led offense and Brian Daboll-coached team. Containing elite eye-hand coordination, he’s capable of stretching the field and providing the Giants with another dynamic playmaker.

After using their second-round pick on Wan’Dale Robinson, a primary slot receiver, Smith-Njigba can feature predominantly on the outside, and with his elite route-running capabilities, he seems to fit the bill for what the Giants are trying to do on offense in the future — spread the football out and let their playmakers pick up yards in space.