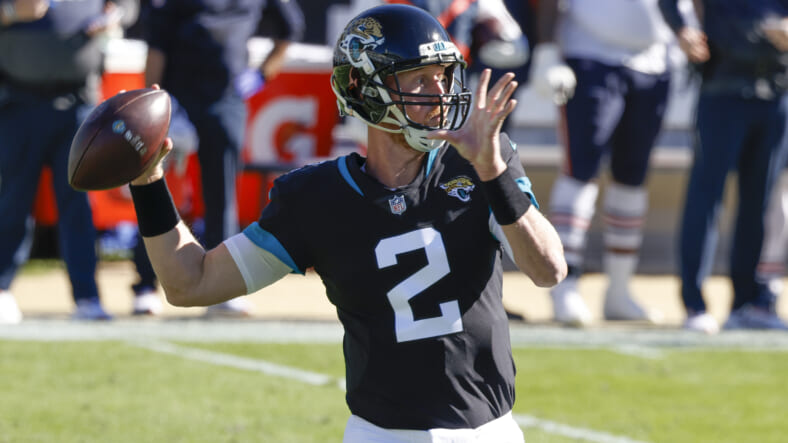 The New York Giants have made another depth signing in free agency. According to reports, the Giants have agreed to terms with quarterback Mike Glennon. This signing fills a need for the Giants as they upgrade their backup quarterback position.

Mike Glennon is a seven-year NFL veteran that has been a journeyman backup for the majority of his career. The Giants will be Glennon’s sixth team he becomes a member of.

In 2020, Mike Glennon played as a member of the Jacksonville Jaguars. Glennon started five games as the Jaguars’ backup quarterback. Glennon was a decent fill-in at the quarterback position, throwing for 1,072 passing yards, 7 touchdown passes, and 5 interceptions in those 5 games.

The 6-foot-7, 31-year-old quarterback has a strong arm and the ability to throw the ball downfield. Glennon will replace Colt McCoy as the backup to Daniel Jones. McCoy started two games for the Giants in 2020 but now sits on the open market as a free agent. It seems unlikely that the Giants will re-sign Colt McCoy after signing Mike Glennon.

The signing of Mike Glennon gives the Giants an added sense of security entering the 2021 season. Daniel Jones has missed two games with injuries in each of his first two career seasons. This makes the backup quarterback position ever more important for the Giants. New York can feel more comfortable now knowing they can get competent quarterback play out of their new backup, Mike Glennon, in case of an emergency in the 2021 season.