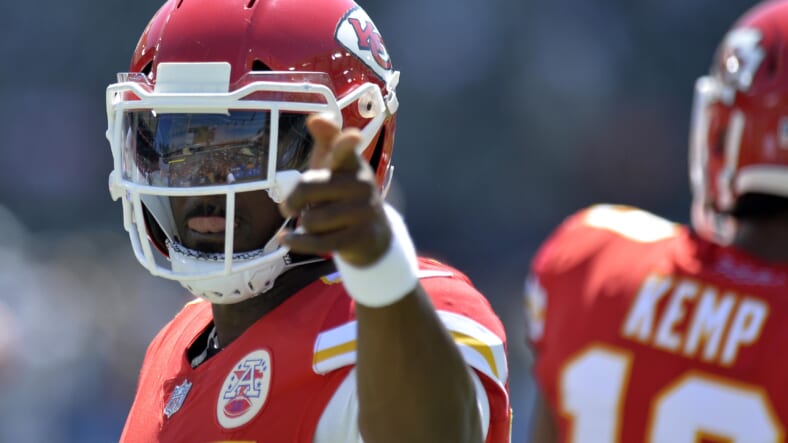 Beginning on February 19, NFL teams were officially allowed to apply the franchise and transition tags to impending free agents. The New York Giants have yet to place a tag on safety Landon Collins, but a few other teams have used their tags. The deadline to use the franchise tag is Tuesday, March 5th.

The Kansas City Chiefs officially placed the franchise tag on edge defender Dee Ford on Saturday, March 2nd. However, the Chiefs will be listening to trade offers for Ford. The Chiefs recently made a change in their defensive scheme, which is why they are willing to trade Ford.

Check out every single one ? pic.twitter.com/n4pxsDLgQM

Why The Giants Might Want To Trade For Dee Ford

With the Giants having the 2nd least total sacks in the league in 2018, Ford could be a big upgrade off the edge. The Giants are reportedly shopping Pro Bowl edge rusher Olivier Vernon. If the Giants do not find a trade partner, they could cut Vernon to free up a large amount of cap space.

Regardless of wether the Giants trade or cut Vernon, they will still have a massive hole to fill at the edge position. Dee Ford could fill that hole.

An interesting scenario that could take place is a Vernon for Ford trade. Olivier Vernon played under the Chiefs’ current defensive coordinator Steve Spagnuolo when he was with the Giants. Spags helped Vernon have a career-year in 2016. This might lead the Chiefs to have a lot of interest in Vernon.

Vernon could go back to being a 4-3 defensive end for the Chiefs, while Dee Ford could continue his career as a 3-4 outside linebacker with the Giants. It would be a high-risk, high-reward trade for both teams. But if Spagnuolo can get the best out of Vernon in Kansas City, and Dee Ford can continue to progress his talents in New York, both teams could walk away from this trade very happy.

Why Dee Ford Is A Risky Player To Trade For

Dee Ford did have PFF’s highest pass-rush grade in 2018, but that grade came out of no where. In Ford’s first four seasons in the NFL, he was nowhere near as good as he was in his fifth season. Dee has been wildly inconsistent throughout his career.

In 2017, Ford dealt with a back injury. This forced him to play in only 6 games and total a measly 2 sacks. It took Ford 5 years to finally hit a real stride, then, once he did, his defensive coordinator was gone. Maybe a change of scenery will bode well for Dee. Or maybe he will regress back to his previous playing talent.

If the Giants trade for Ford, they will be hoping to progress his talents. The Giants have lacked a serious pass-rushing threat for years now. If Giants defensive coordinator James Bettcher can figure out a way to elevate Dee Ford’s talents, trading for him could be a brilliant move.