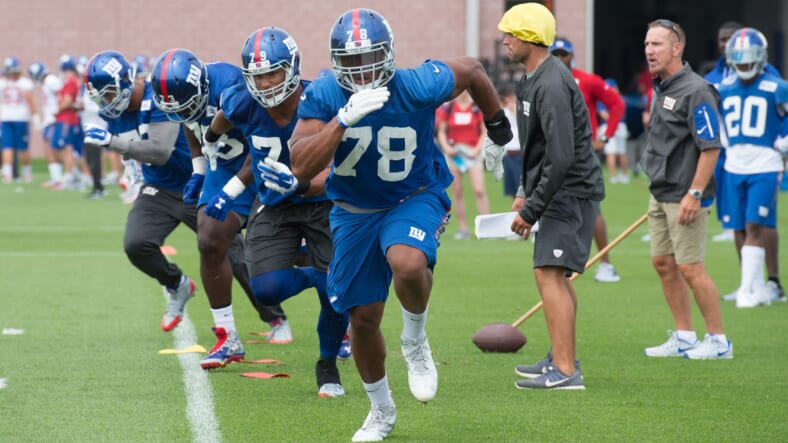 One part of the offseason is staff members changing teams, and former New York Giants defensive coordinator Steve Spagnuolo is one of the coaches who will start working with a new organization for the 2019 season. That organization will be the Kansas City Chiefs, which interestingly, has been better than the Giants in recent years and is coming off of a trip to the AFC Championship Game and nearly a run to the Super Bowl.

One would think that a defensive coordinator who was fired from his last job would have a hard time finding work with one of the AFC finalists, but peculiarly enough, Spanuolo is being hired to the same role that he had with the Giants. Spagnuolo replaces Bob Sutton, who spent six seasons with the Chiefs but coached the defense to an AFC Championship Game where they allowed the Patriots to score 37 points and eventually lost.

It wasn’t the first time that the Chiefs allowed a large number of points. The Patriots dropped 40 on them earlier in the season and the Rams managed to score 54, in a matchup that was almost a preview of the Super Bowl, as well as allowing 38 points to the Seahawks around the end of the regular season. With a better defense, the Chiefs could have made it all the way through the AFC playoffs, so it will be interesting to see whether Spagnuolo improves or worsens their play.

Before this job, Spagnuolo served as the interim head coach of the Giants after the firing of Ben McAdoo. The team, however, had already mostly given up at that point and Spagnuolo only achieved one win in that span, something that you can hardly blame on him. Earlier in the season, however, Spagnuolo seemed to do a mediocre job as the defensive coordinator of the Giants, a far cry from the 2016 season where a good defense was one of the things that helped the team into the playoffs.

Even though few disagreed with the decision for the Giants to move on, most Giants fans will wish Spagnuolo luck in the new role. After all, Spagnuolo is one of the remaining key members from a better time, when the Giants were winning the Super Bowl rather than sitting out at playoff time.