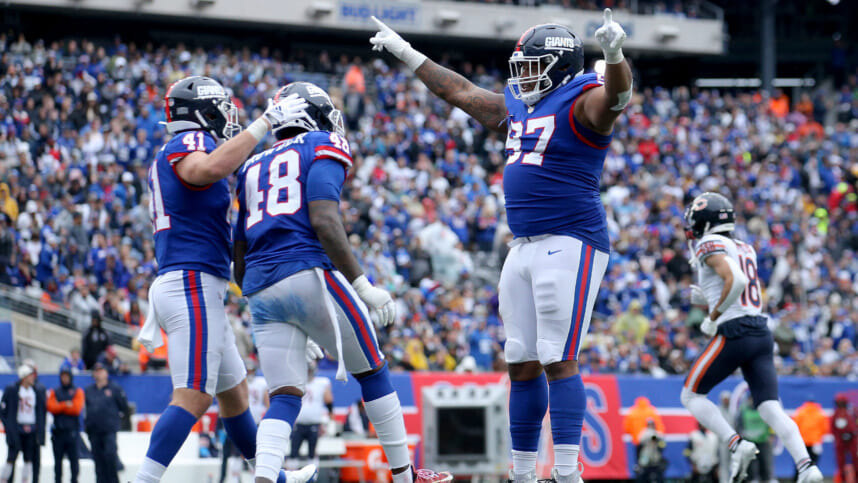 The New York Giants currently have a 7–2 record, and despite their success, they continue to make changes at key positions. Notably, the linebacker spot has undergone a few player changes this season after releasing veteran Blake Martinez before the campaign began.

The Giants entered the year with Tae Crowder penciled in as their primary linebacker alongside Austin Calitro. However, that combination quickly changed after the team signed Jaylon Smith to a one-year deal.

Surprisingly, Smith has been solid in most respects, recording 24 tackles and 11 stops over 246 total snaps. His tackling has been efficient, and he hasn’t been picked on much in coverage. The Giants have asked Smith to play a predominant run-stopping role — he’s been productive there.

Crowder, on the other hand, has slowly seen his role diminish as the season has progressed. In fact, Crowder played in just two snaps against the Houston Texans in Week 10, losing his primary job to Micah McFadden, a 5th-round draft choice out of Indiana.

McFadden and Crowder were simply supposed to split snaps, but since the rookie has played well against the run, defensive coordinator Wink Martindale has given him full-time responsibilities.

“The initial plan was to rotate [Crowder and McFadden], and Micah got hot when he was in there and I thought he played well,” defensive coordinator Wink Martindale said. “But Tae has practiced his tail off and he’s been nothing but a true pro. He’s going to get his chance — it comes back. What I told him is, ‘How you handle this situation could be a turning point in your career if you keep attacking each day the way you have.’ ”

Over 142 total snaps, McFadden has tallied nine tackles, five stops and given up 170 yards over 11 receptions. McFadden has struggled in coverage for the most part but has proved to be an aggressive run-stopper that sees the field well post-snap.

“It’s been a steady climb for McFadden since training camp,” inside linebackers coach John Egorugwu said. “He’s been able to earn some more opportunities. [His source of improvement] is in the run game, using his hands. It’s all the things that we teach, and you need to be a good linebacker in the NFL.”

The New York Giants see the potential in Micah McFadden:

Ideally, the 22-year-old defender continues to earn reps and build experience. He ultimately serves a greater purpose, given he’s a Joe Schoen draft selection, so giving him more opportunities only helps the Giants’ long-term plans.

The linebacker position will undoubtedly see more changes in the future, but McFadden is making an argument to be an impact player down the line. In addition, the team also drafted Darrian Beavers in the 6th round out of Cincinnati, but he tore his ACL before earning an opportunity to start.

Beavers looked good during the pre-season, so I wouldn’t rule him out as a competitor alongside McFadden next season.