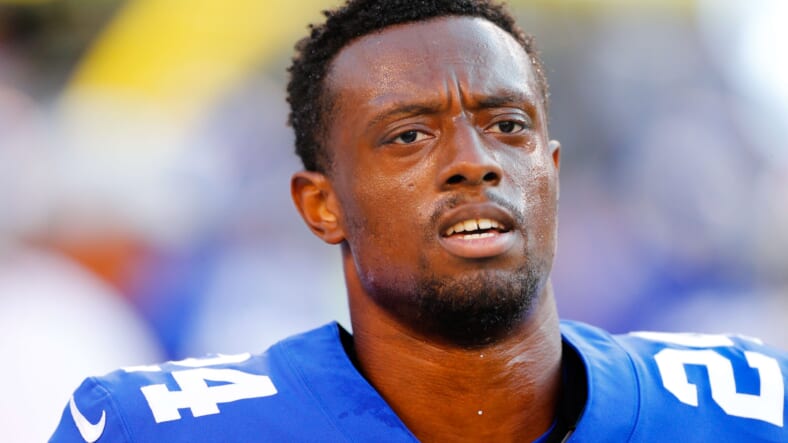 Despite players, coaches, and management claiming otherwise, the New York Giants are throwing in the towel. Eli Apple is one of their starting cornerbacks, and a former top ten draft pick, and he’s being traded away to the New Orleans Saints. There’s no other way to explain it. The Giants are now a rebuilding team, and they’re signalling that to everyone else in the league by getting rid of Apple in the middle of the season.

Let’s take a look back at Apple’s career up until this point. Coming out of Ohio State, Apple was a starter on a national championship team and looked like a pick that would shore up the Giants’ secondary after he was selected at number ten overall in the 2015 draft.

An alright rookie season would give the fanbase some confidence in Apple, but things would go downhill in 2017, which was when the decline started for the rest of the team after a playoff appearance in 2016. This was the year when Apple gained the reputation of a player who had trouble with his teammates, and those troubles culminated with the cornerback being called a cancer by defensive captain Landon Collins. Additionally, Apple was suspended by the team for the last game of the year.

At that low point, most assumed that Apple would be traded. It seemed like the point of no return had been reached, but a new regime would give the player another chance. After all, the big changes in the coaching department meant that there was still a chance to get some value out of the first round pick.

Apple did bounce back from the disaster that was 2017, and no more teammate problems seemed to happen outside of one scuffle in training camp. He would keep his starting status and, while Apple was never the best corner on the team, he did his job to an okay level in a secondary that isn’t exactly deep at corner. His play, though, wasn’t good enough to keep him off the trading block following the team’s 1-6 start.

The Giants will receive two draft picks after Apple was sent to the Saints. It’s not the immediate help that the team needs, but there’s some value in the 2019 fourth round pick that they’ll get, and a 2020 seventh round pick was also thrown in. The return is perhaps disappointing for a starting corner that was drafted in the top ten fairly recently, but with Apple’s share of problems, it’s somewhat expected that the trade doesn’t match where he was picked.