New York Giants news, 12/25 – What are the chances the Giants move on from Pat Shurmur? 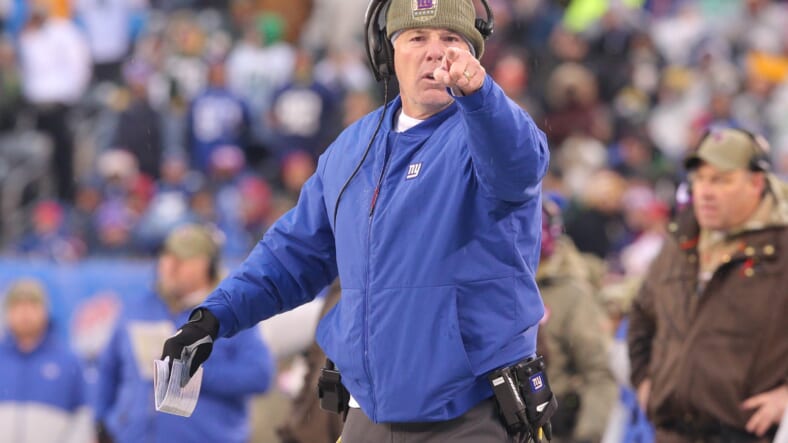 With the 2019 regular season winding to a close, the New York Giants are faced with more than one reality. Decisions must be made on the coaching staff and at the general manager positions. Dave Gettleman, who took over the GM spot two years ago for the Giants, will likely be retained after two relatively stable draft classes, despite weak free agency hauls.

He will walk into the 2020 offseason with approximately $80 million in cap space and plenty of draft capital to spend. Can we trust him with all of the assets? Maybe, maybe not, unfortunately, it’s not our decision to make. However, the head coach position is in hot water as Pat Shurmur has led the New York Giants to a 4-11 record, and while they have earned wins in the last two matchups, his franchise record of nine-consecutive losses this season might accompany his ticket out.

Upper management, specifically John Mara and Steve Tisch, have a decision to make on Shurmur and the future of the head coach position. On one said, rookie quarterback Daniel Jones has looked fantastic this season, having tallied five touchdown passes on a perfect 132.1 passer rating last week against Washington. On the other hand, Shurmur has been at the forefront of time management mistakes and personnel decisions that have forced the Giants into losing situations.

I wouldn’t necessarily be surprised if management gave Shurmur and Gettleman one final chance at securing success, as they started this revolution together, but the probability lands in Gettleman’s favor, regarding being fired. Shurmur could quickly become the scape-goat for two consecutive losing seasons and a lack of production during a full-rebuild. However, Jones remains a positive and a pretty big one at that.