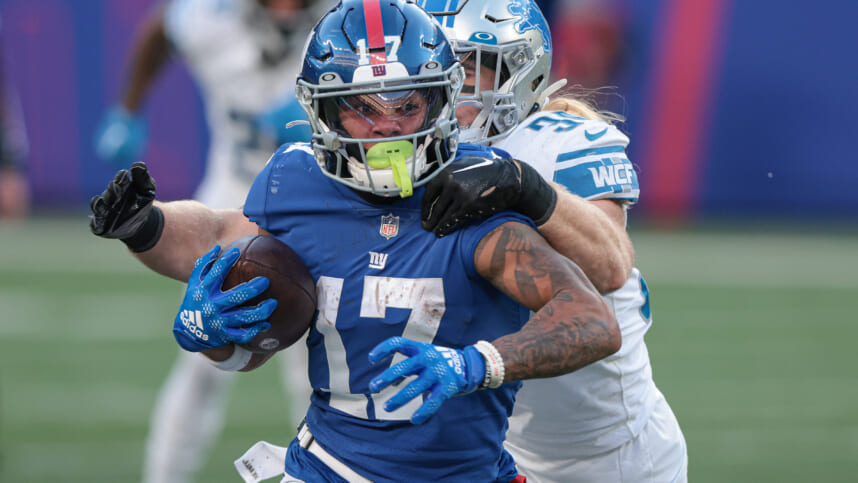 New York Giants second-round rookie Wan’Dale Robinson was having the best game of his young NFL career on Sunday afternoon against the Detroit Lions when tragedy struck. Robinson went down in a heap on the sideline holding his right knee, forcing him to leave the game prematurely and hobble to the locker room, praying that it wasn’t a significant issue.

Having already sustained an MCL sprain this year, Robinson added to the list of any injuries suffered on MetLife’s turf. The former Kentucky standout sustained a torn ACL, ending his season prematurely and likely dipping into the 2023 campaign as well.

At 21 years old, Robinson was carving out a significant role in the Giants’ offense, especially with the lack of receiving talent. He had logged nine receptions for 100 yards against Detroit before the injury, bringing his totals on the season to 227 yards and one score across six games.

Offensive coordinator Mike Kafka was slowly incorporating Wan’Dale, who has a shifty and agile approach to his game. Nonetheless, that makes him the second receiver this season for the Giants to have suffered a torn ACL in MetLife this season. Sterling Shepard went down earlier this year against the Dallas Cowboys in Week 3, so the two pass catchers will rehabilitate alongside one another moving forward.

In his absence, the Giants have Darius Slayton, Isaiah Hodgins, Kenny Golladay, and Richie James as their primary receivers, a thin group of players who will only take the team so far. With a short week against the Dallas Cowboys on Thanksgiving, the Giants are barely keeping their head above water.