New York Giants: Kadarius Toney will be the X-factor in Week Five 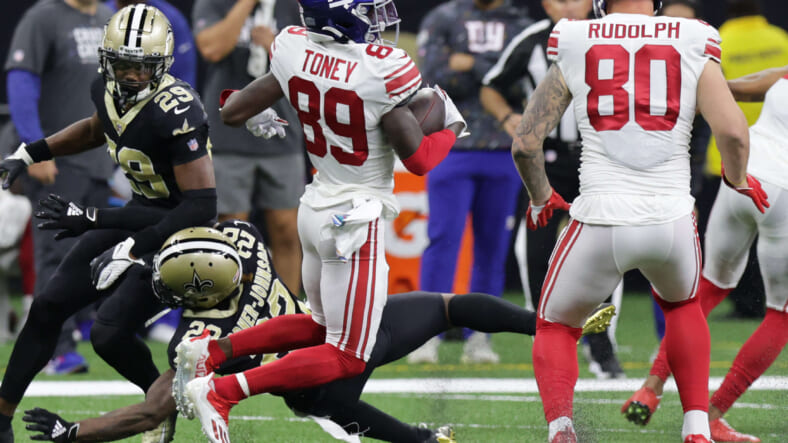 The New York Giants‘ offense had a breakout game last Sunday. The Giants earned their first win of the season and improved their record to 1-3. New York’s offense willed them to a thrilling 27-21 overtime victory over the New Orleans Saints. Daniel Jones, Kenny Golladay, and Kadarius Toney developed a chemistry that took the team’s offensive attack to a new level.

This is where Kadarius Toney comes into play. Toney is a YAC machine. In college, Kadarius had a 35% missed tackle rate, constantly breaking tackles and creating plays with the ball in his hands. We have seen him produce similarly in the NFL, too.

Kadarius Toney is averaging 7.7 yards after catch per reception this season. 77 of his 92 receiving yards have come after the catch. Toney has forced 6 missed tackles this season on only 11 touches.

The New York Giants are not winning this game on the back of their defense. The Dallas Cowboys’ offense is simply too good. The way that the Giants win on Sunday is by beating a good offense with a good offense. It should be a shootout down in Dallas. The Giants have not scored over 30 points in a long time and that needs to change on Sunday.