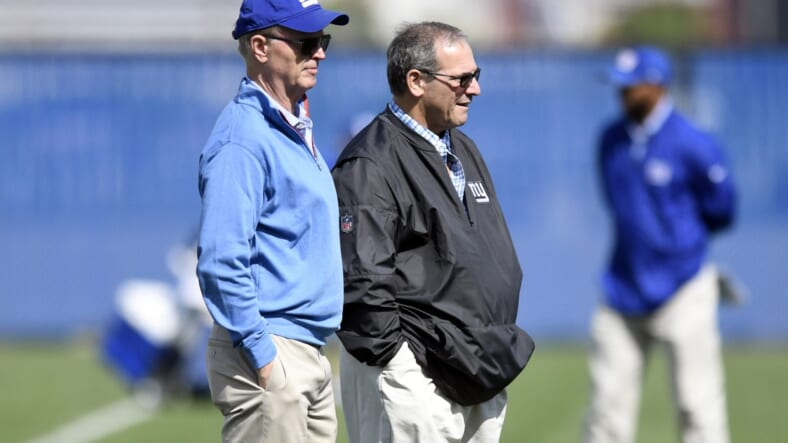 This season, there’s been a lot of calls for the New York Giants’ owners to step up and do something about the state of the team.

Many believe that a frustrating pattern has emerged: the Mara family taking a hands-on role in influencing the team’s decisions, but watching things unfold from a distance without taking accountability for the failures.

The sentiment that John Mara needs to do more has likely reached its highest point this season as the Giants sit at 1-5 going into their latest game.

Fortunately for the fans that are asking for the Maras to do more, things may just be headed in that direction. John Mara and Jonathan Tisch were seen at the practice field on Friday, and reportedly spoke with Joe Judge and Dave Gettleman.

What were the New York Giants owners there for?

Of course, it’s not known publicly what the contents of that conversation were. Based on the current situation, though, it’s not hard to imagine it had something to do with the team’s performance.

While the team ownership has been patient despite the results over the past seasons, even they can’t ignore that it’s gotten bad enough for the players to get booed at home games.

A message to Judge and Gettleman that it’s time to get things together and start winning wouldn’t be a surprise.

The talk could also have to do with the coming trade deadline. It looks like the Giants are a selling team this year, and a large sell-off is the kind of move that usually needs the approval of team owners.

Either way, it’s interesting to see two of the team’s owners coming out to speak to Judge and Gettleman directly.

Their appearance could mean nothing, but as we don’t have much to go on, it’s something worth noting as pressure continues mounting on both the ownership and the staff members.