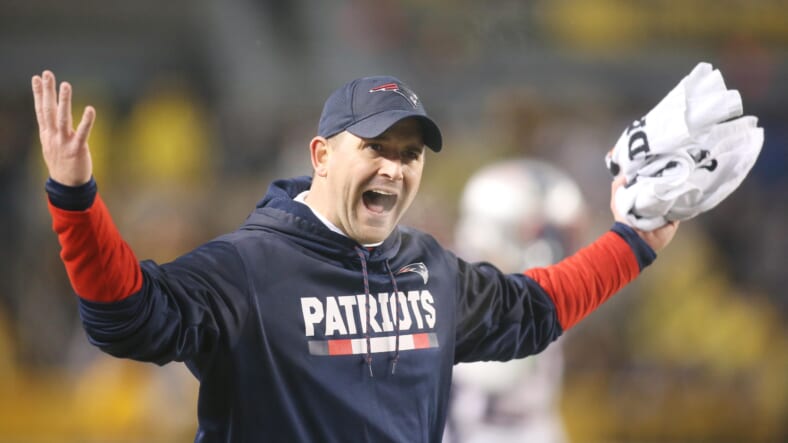 The decision for the New York Giants to hire Patriots special teams coordinator Joe Judge as their next head coach has been met with mixed reactions, and one of the big challenges for Judge will be winning over doubters who don’t believe he has the right credentials to take the job – one of those doubters early on was talk show host Colin Cowherd, who was among the first to criticize the move.

Like many, however, Cowherd has seemingly reconsidered after taking a look at the resume that Judge brings to the team, which while it doesn’t include time as an offensive or defensive coordinator, has seen him work under two of the greatest head coaches in the sport – Bill Belichick at the pro level and Nick Saban at the college level.

The Patriots haven’t always produced good head coaches from their staff but praise from both Belichick and Saban is hard to ignore and others in the league have started to reverse the Patriots curse in recent years, such as Mike Vrabel, who recently beat his former head coach Belichick in the playoffs.

It seems Judge’s time under Belichick has helped change the mind of Cowherd, who had some different things to say more recently about Judge.

“There are some late bloomers, but most exceptional people separate very early and you can spot them very early. Judge is in his 30s and itâ€™s very possible that Dave Gettleman saw what Bill Belichick and Nick Saban did,” said Cowherd.

He continued by listing other examples of young head coaches who have been spotted quickly and went on to succeed. “Belichick kept giving him more assignments, and Saban kept elevating him. Sean McVay, like Judge, was also a quarterback in high school and got a job at 30 years old in Los Angeles. Kyle Shanahan was 37, Mike Tomlin and Bill Cowher were not even 35 yet…”

Those sentiments are largely why the fanbase is willing to give Judge a chance despite the Giants making a risky move after a few seasons that have already put the fans through enough losing. Yes, the team is taking a risk… But after that losing period, few can complain about the Giants drawing from the recommendations of some of the best minds in the game when looking for their next head coach.