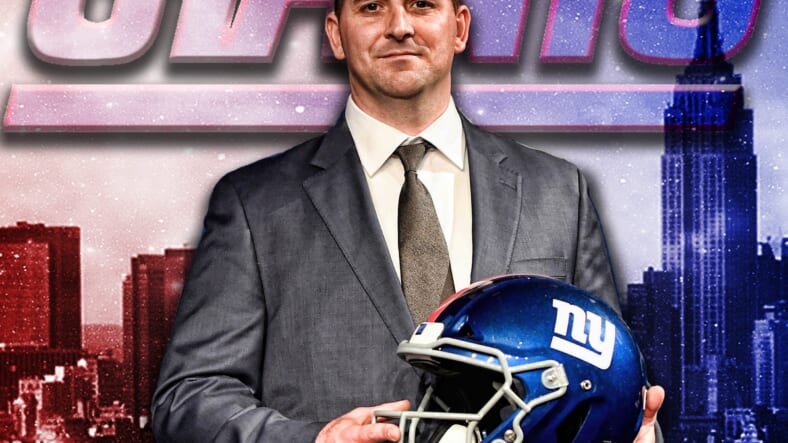 The New York Giants are a significantly different team in 2020 than they were two years ago. New York hired a new head coach this offseason after two disappointing seasons with Pat Shurmur. The Giants found their new quarterback last offseason after over a decade and a half with Eli Manning.

The new-look Giants now feature quarterback Daniel Jones and head coach Joe Judge. These two men have both made excellent first-impressions amongst the fanbase, and apparently amongst each other.

For months, Joe Judge refused to mention his quarterback by name. Judge is installing a new culture in the Giants’ locker room; a culture where nothing is given and everything is earned. Part of this was Judge refusing to mention all players by name- even the most crucial players on the roster, like Daniel Jones.

Finally, at the end of April, Joe Judge mentioned Daniel Jones’s name during an interview. Judge raved about his young quarterback and offered high praise for the new face of the Giants:

â€œHe has a fire that burns in him. He brings other guys along with him. He knows what you are going to teach before you teach it in terms of being prepared on material. He sets the tone for the room.â€ – Joe Judge on Daniel Jones via Tike & Tierney

With a unique (to say the least) offseason being conducted right now, Judge and Jones are working together remotely, through the internet. This is especially challenging for Jones, being that he has a new offense to learn under Jason Garrett. Judge touched on that in his interview: “I want to be fair to Daniel right now and let him have the opportunity to learn the offense heâ€™s working in right now, that heâ€™s never taken a snap in. And let him progress at his rate and develop his career over the course of time thatâ€™s going to go ahead and meet the expectations we set internally.”

Daniel Jones is entering his crucial sophomore season. With a new coaching staff in place, it is unfortunate he has a tumultuous offseason to navigate through in order to get prepared for the 2020 NFL season. But rest assured, Giants fans, knowing he and Coach Judge are on the same page, working hard in preparation for the upcoming season.