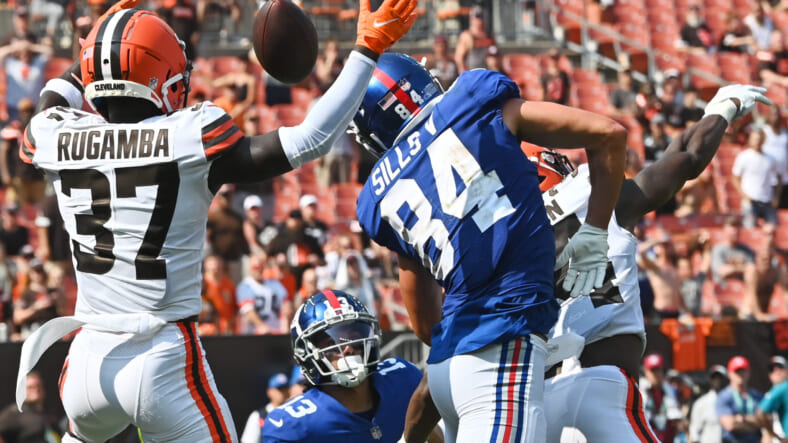 Headed into one of the final games of the season, the New York Giants won’t have the receiver lineup that was envisioned at the start of the year. It’s far from that, actually. The Giants are dealing with a number of injuries at the position and will have to elevate players from the practice squad just to have enough depth.

Earlier, Sterling Shepard’s season ended when he was placed on the injured reserve. The Giants still had plenty of other options at that point, but that’s no longer the case going into the next game. Dante Pettis, Kadarius Toney, Collin Johnson, and John Ross have all been ruled out against the Bears.

This leaves Kenny Golladay, who has been having a down season of his own and has missed some time this year, as the sole receiver carrying over from the normal starting rotation.

Sills, Cooper and Bachman going to all get snaps at WR alongside Kenny Golladay.

The Giants have little other choice to respond to the situation other than bringing players up from the practice squad. Alex Bachman, preseason standout David Sills, and Pharoh Cooper are among the group of players that the Giants are calling up. Given the lack of other depth at the position, the trio should get some playing time in the next game with Golladay serving as the number one receiver.

The situation just shows how unlucky the Giants have been with injuries this season. Injuries have affected every position group, but appear to have had an especially bad effect on the offense when combined with a bad playbook and an offensive line that was thin on talent to begin the season.

Headed into the second to last game of the year, the result doesn’t matter as much as getting out of it without this negative trend of injuries continuing in a major way.