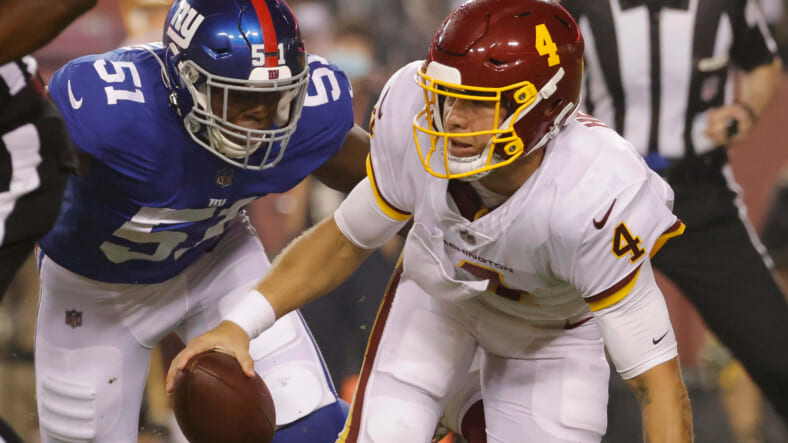 Coming off of a tough home loss, on a short week in which the New York Giants have to travel, they will be down some key starters.

Both rookie right tackle Evan Neal and second-year edge defender Azeez Ojulari are reportedly set to make their returns next week for the Giants.

While not having them tomorrow will be tough, at least imminent returns are expected. No Neal or Ojulari tomorrow is a challenge for a 7-3 Giants football team playing on the road against a division opponent who also happens to be 7-3 in the Dallas Cowboys. Splitting the tiebreaker for the year tomorrow for the Giants when it comes to playoff seeding at the end of the year is crucial.

On the Giants’ injury report from yesterday, Neal, specifically, was a limited participant with a knee injury. He was limited on Monday as well. Tyre Phillips is hopeful to play. If not, it would be Matt Peart at right tackle.

Across the board, the Giants have certainly been banged up all year. Going up against a stingy Cowboys defense, points may be hard to come by. Especially against a premier Cowboys front that can get after the quarterback.

Ojulari, a talented young pass rusher, met with the media and stated that he “definitely expects to return next week.” Unfortunately, being on a short week this week essentially gave him no chance to play. Per Dan Duggan of The Athletic, Ojulari is “itching” to get back.

In other news, rookie tight end Daniel Bellinger is healing well. He has been catching passes and getting acclimated to the face mask he is now wearing. He, too, is hopeful for a return in Week 13.

Certainly, tough for a depleted Giants team to not be at full strength for such a big game tomorrow. On the flip side, they will have extra time to rest and get key players back for next week.