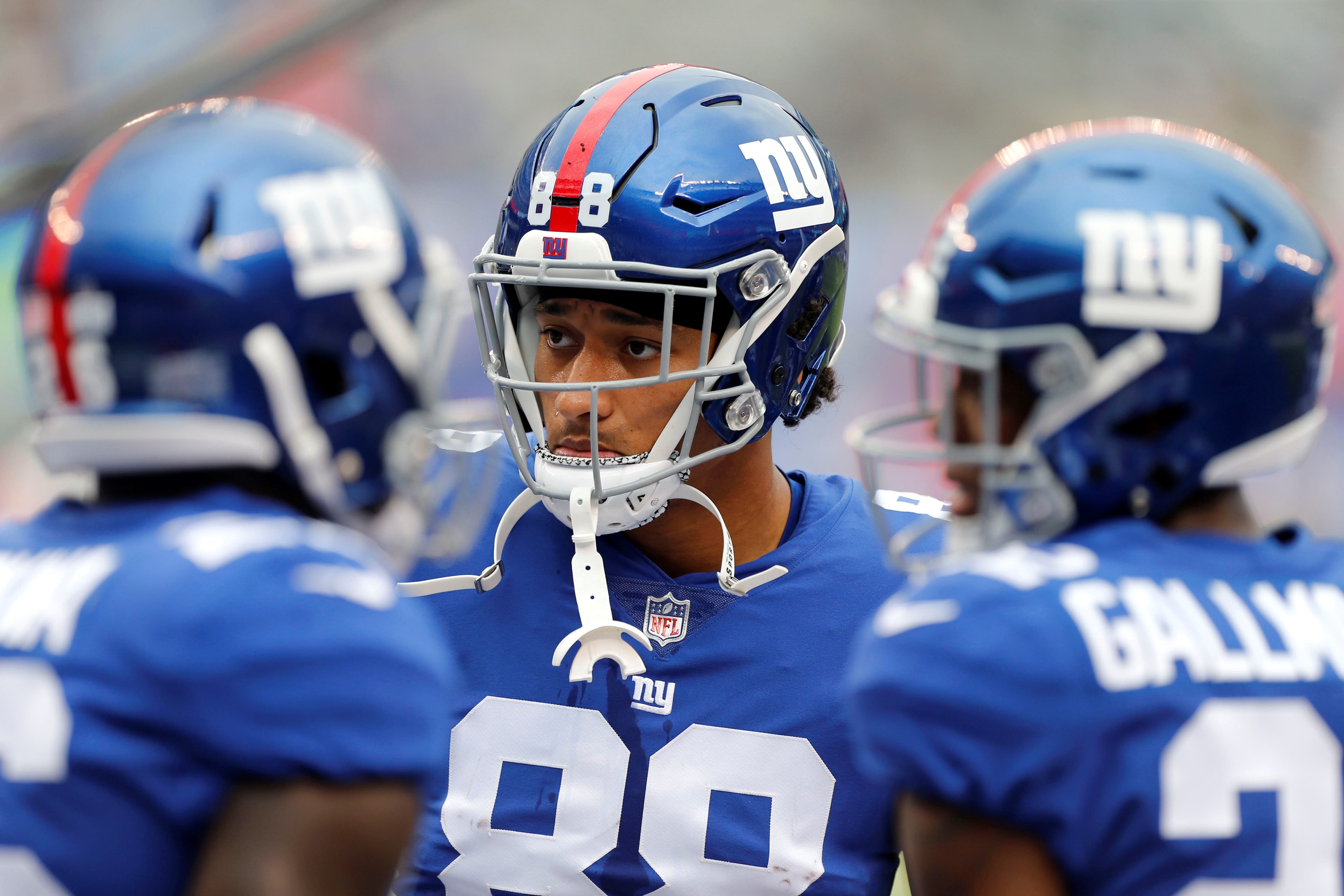 Right now, there’s not a large amount of teams around the league that have more scrutiny on their quarterbacks than the New York Giants. The Giants have been dealing with this in recent years due to the aging of Eli Manning and the need to find a future successor, but with the team taking Daniel Jones at number six overall, that scrutiny and pressure is higher than it’s been even during the past couple of seasons.

Both Eli Manning and the rookie Jones have big expectations on them for the 2019 season, but according to one of the more prominent targets for both quarterbacks, the two of them are responding well to it all.

“He’s picking up [the offense] really fast. They’ve been trying to throw some stuff at him and he’s handled it really well,” third year tight end Evan Engram said at Yankee Stadium on Thursday, before CC Sabathia’s celebrity softball game. The subject of his comment, of course, was Daniel Jones.

This season is expected to be a learning experience for Jones rather than one where he is expected to start, but that doesn’t mean his performances in early offseason activities haven’t been followed and scrutinized heavily already. Most reports so far, however much they’re actually worth coming from inside the Giants organization, have been positive.

But Jones isn’t the only player receiving scrutiny. As the team’s starter, there’s a lot of pressure and expectations on Eli Manning to play well for the next season or two before it’s time to start thinking of Jones taking over.

We’ll see just how that translates into play on the field, with both Manning’s own mistakes and subpar play from other positions leading to a lackluster year during the 2018 season. Engram himself will have big expectations to help out Manning after only starting eight games last season and registering three touchdowns, only half as many as those from his rookie year.

With the departure of Odell Beckham Jr., Engram might just see more targets and a big chance to capitalize on the thing that the Giants drafted him for: his skill as a pass catching tight end.