New York Giants: Eli Manning Will Be Better In 2019 Thanks To The Improved Offensive Line 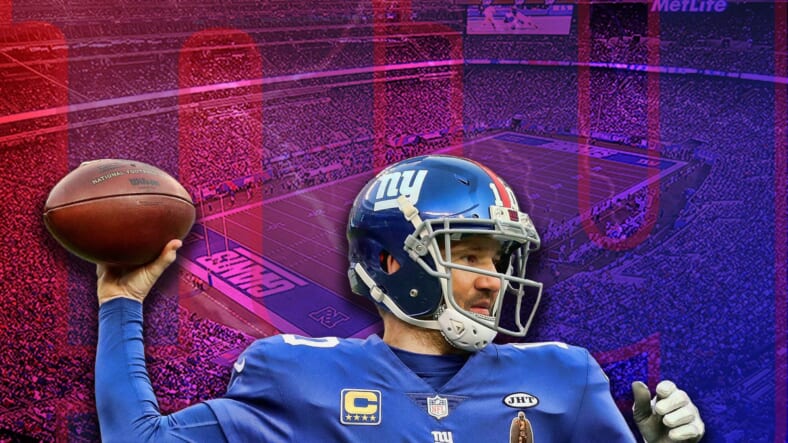 The New York Giants finished a disappointing 5-11 in 2018. This record rewarded New York with the 6th overall pick in the 2019 NFL Draft. With this pick, the Giants selected quarterback Daniel Jones from Duke University.

This draft pick signifies the end of an era for the New York Giants. Eli Manning has been the franchise quarterback for the last 16 seasons. The Manning Era is now officially coming to an end sooner than later.

Daniel Jones will take over for Manning within the next couple of years (if not this year). Eli Manning had a decent statistical season in 2018, posting a career-high 66.0% completion rate. However, advanced analytics seem to indicate that he struggled more than people realize.

According to Pro Football Focus, Eli Manning has failed to grade above 70.0 in each of the last four seasons, and his 94 turnover-worthy plays over the previous four years are eight more than the next closest quarterback in that span.

Despite this, there is still reason to believe Eli Manning will be a better quarterback in 2019.

How The Improved Offensive Line Will Help Eli Manning:

Eli Manning has been forced to endure atrocious offensive line play for years. Eli was sacked 47 times in 2018, which was a single-season career high for the veteran. The line started to improve in 2018, but it was still below average on the season as a whole.

The Giants finished 2018 with the 21st ranked offensive line in the NFL, according to Pro Football Focus. Great news for Eli Manning and the Giants: the offensive line is one of the most improved units in the league after the 2019 offseason.

PFF even agreed that the Giants’ offensive line is one of the five most improved lines in the NFL after free agency. The addition of pass-protecting extraordinaire Kevin Zeitler will help Eli Manning stay on his feet in 2019. Eli is a much better player when he has time to survey the field and is not having pressure shoved into his face.

Eli Manning cut down his turnover rate significantly in 2018. He threw only 11 interceptions, his lowest total since 2008. The improved offensive line andÂ playmakers in 2019 will allow Manning to be a more productive player while he continues to keep an efficient level of play that he has demonstrated over the last two seasons.

Brings Back memories of 2015 Eli Manning. He was so good, he managed to make Reuben Randle look like an NFL WR pic.twitter.com/mpQqIazF5U