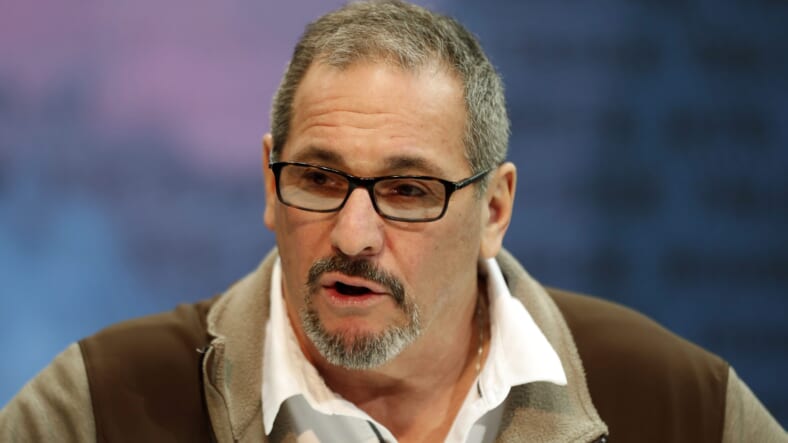 Ereck Flowers is not a name that will bring back good memories for fans of the New York Giants. Flowers is, of course, one of the team’s worst draft busts in recent memory and is sometimes brought up as an example of the bad drafting and offseason moves that led to the end of the Reese regime and the rise of Dave Gettleman as General Manager.

After being taken with the ninth overall pick, Flowers never developed into a top ten talent and despite being given time to improve, only found himself drawing the ire of the fans each week with poor blocking and no improvement in sight. It could even be said that Flowers’ play had an impact in the Giants prioritizing the offensive line as a spot to improve over the last couple of offseasons.

But could the Giants have gotten something from this player rather than letting him walk away for nothing, which is what ended up happening as the team released Flowers last October? According to what Flowers told NJ Advance Media, that might be the case.

“I had actually been asking him [for clarity]. That was part of the reason why I didnâ€™t go to [voluntary workouts in 2018]. I was looking for a fresh start. He had [trade] offers for me, and he didnâ€™t want to take them. So he made me stay there, until finally I had a chance to go. I was mad about it, but itâ€™s OK. Iâ€™m over it,” said Flowers.

The 2018 season was, of course, not a good one for Flowers – and his performances that season weren’t enough to attract trade offers. Rather, it seems that by the time the Giants did try trading Flowers, his trade stock had crashed completely and the team was forced to let him go for nothing.

While there’s not much that can make up for a top ten draft pick turning out the way Flowers did, getting something back for the player would have made the situation slightly less bad – and some of the blame seems to fall on Dave Gettleman, who was the one to make the choice to keep Flowers on the team despite Flowers being widely recognized as one of the worst starting tackles in the league.

It’s not the only decision Gettleman has made during his tenure so far that will be controversial. Will things finally boil over eventually for the former Panthers GM, who despite bringing Saquon Barkley to the Giants is largely known right now for having a plan which has so far only brought the team backwards rather than forwards? We’ll see – performances this season will likely have some effect on just how long Gettleman has to right things.

But regardless, as even more comes out about the 2018 offseason, it doesn’t seem like Gettleman has a track record with the Giants so far worthy of receiving benefit of the doubt.