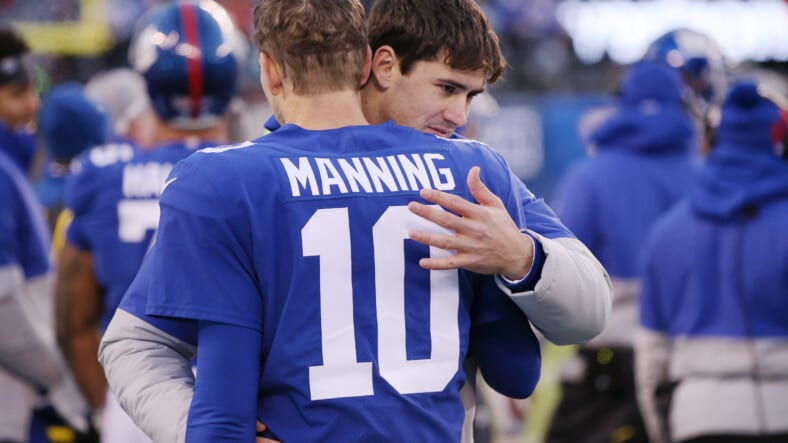 New York Giants quarterbacks Eli Manning and Daniel Jones didn’t get to spend that long on a team together. While the plan was for Manning to start during Jones’ rookie season, that was quickly thrown off as the Giants got off to a bad start and Jones took over. The Giants didn’t look back. Manning retired, and Jones continued as the starter. However, that doesn’t mean all contact between them was lost when Manning walked away from football.

He’s still been a factor in Jones’ development, and Jones himself recently spoke on that while talking to SiriusXM.

.@Giants QB @Daniel_Jones10 discussed heading into his 3rd season and what @EliManning has meant to his career…

"He's a great guy to look to and someone who can help."

Manning is finally back with the Giants in an official role for the first time since his retirement. That role, however, seems to be with the business side of the front office instead of one dealing with the team directly. Despite that, it’s hard to imagine Manning’s presence with the organization won’t have any impact on the current roster.

The Giants have a very different looking offense this year, with Jones entering his third season and receiving new help in the form of additional receivers and a returning Saquon Barkley. At a time like this, the experience of someone that’s been a winning quarterback for as long as Manning could prove invaluable.

In the kind of high pressure season that’s to come, that kind of leadership can be the difference between the step forward that everyone expects from Jones and failure.