New York Giants: 3 players who need to step up against Houston in Week 10 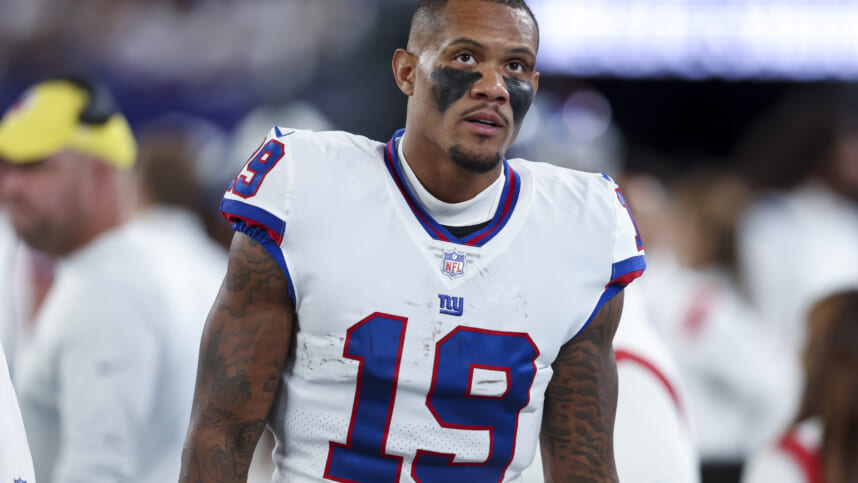 The New York Giants are heading into Week 10 against the Houston Texans with a laundry list of injuries. Aside from holdover injuries to players like Evan Neal, Ben Bredeson, Azeez Ojulari, and more, the Giants couldn’t even get through the BYE week fully healthy, suffering a massive blow to the secondary with Xavier McKinney fracturing several fingers.

The Giants need several players to step up in his absence, but one offensive piece also needs to rise to the occasion, especially since he’s earning $16 million per season to serve as the Giants’ top receiver.

Three players who need to step up against Houston for the New York Giants:

First and foremost, the Giants need 100% effort from Kenny Golladay, who has hauled in just two catches for 22 yards this season. Golladay hasn’t scored a touchdown in over two years, recording two in 2020 with the Detroit Lions.

At 29 years old, he’s been unable to make an impact with the Giants, especially after changing their scheme to focus on Saquon Barkley. The change in schematics does not favor Kenny’s style of play — 50/50 jump balls.

However, that doesn’t mean Golladay can’t make an impact moving forward, coming off an MCL sprain that has held him out since Week 4 against the Chicago Bears. He looked spry practice earlier this week, so it is a necessity he offers Daniel Jones another set of hands in the passing game.

With Xavier McKinney going down, the expectation is that Julian Love will transition to free safety, wearing the green dot on his helmet, indicating he will call plays. Love is a team captain and in the middle of negotiating a new contract, so his versatility is on full display.

Love has recorded 33 tackles, 13 stops, and a few pass breakups this season. He’s been asked to do a lot in Wink Martindale’s defense, playing 150 snaps in the box, 178 at free safety, and 80 in the slot. The fourth-year player will need to step up big during the second half of the season to alleviate any concerns left by McKinney in the deeper portion of the secondary.

Rookie safety Dane Belton is another defensive back that needs to rise to the occasion with McKinney going down. Love’s transition to free safety will mean that Belton serves a primary role at strong safety. The coaching staff is high on the rookie out of Iowa, recording 14 tackles and a pass breakup across 199 total defense of snaps. Belton broke his clavicle over the summer, but he’s 100% healthy now and is a quick study.

The Giants need maximum efficiency from Belton, who’s strung together a few solid performances after starting the season on a shaky note.