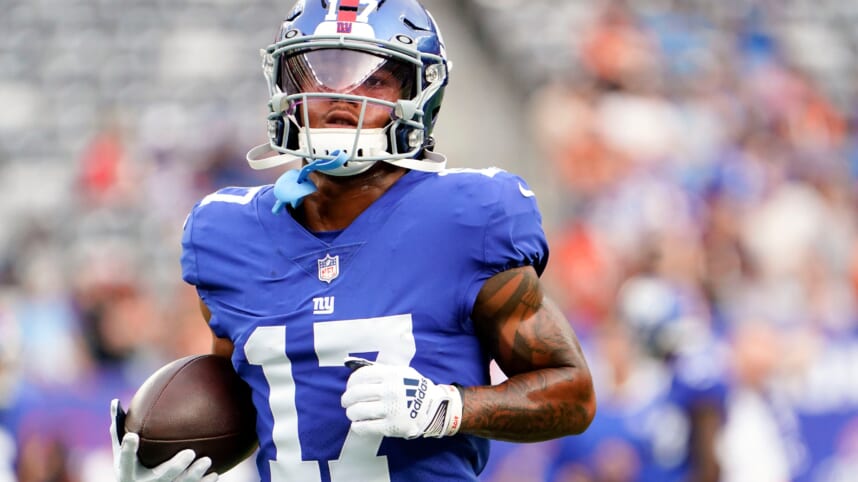 New York Giants rookie, Wan’Dale Robinson, has had a solid last few weeks with the depleted receiving core, having 12 receptions for 107 yards and 1 TD in 4 games this season. However, in Week 8 against the Seahawks, Robinson was limited to just two receptions on only 3 targets. The Giants would go on to lose that game and snap their 4-game winning streak.

Robinson had only played one game prior to Week 6 due to injury. Despite playing in every game since Week 6, he has yet to play over 69% of the Giants’ offensive snaps in any game this season.

Even with the Giants missing Kenny Golladay (knee), Kadarius Toney (traded to KC), Daniel Bellinger (eye), and Sterling Shepard (torn ACL), they have failed to get Robinson heavily involved in the offensive scheme since his return, which has factored into the Giants having the 4th worse rated offense in the NFL this season.

Why the Giants need to get Wan’Dale Robinson more involved in the second half of the season:

Robinson is not a DK Metcalf-size player, listing at only 5’8″ and weighing 185 lbs. However, despite this, he has been able to use his quick feet and speed to create separation from defenders and get himself open.

Robinson demonstrated what he is capable of during Weeks 6 & 7, where he combined for 87 receiving yards and caught his first NFL touchdown in that span.

The Giants have just six receiving touchdowns this season, which is tied for last in the NFL. Robinson has accounted for 1 of those TDs, but he only averages four targets a game this season. Robinson has dropped a total of just four passes in 16 total targets, good enough for a 75% catch percentage. He has proven to be a reliable option for quarterback Daniel Jones.

The only healthy receivers on the depth chart for the Giants currently are Robinson, Darius Slayton, and Marcus Johnson. Johnson was slotted in after the injuries to Golladay and Shepard but has only caught one of his last nine targets dating back to Week 7.

Given the Giants’ lack of receiving depth, New York should utilize Robinson’s toolset by implementing him more into the offensive gameplan, as it will also allow him to develop as a young player and give the Giants a more robust passing game that has been lackluster up to this point.

Robinson’s fellow Giants teammates are supportive of him, including Sterling Shepard, who had some kind words to share about the Giants’ rookie’s fast growth.

“[Robinson] well beyond his years, man. He’s going to be great for us.”

Sterling Shepard on Wan’Dale Robinson via The Athletic

Robinson will look to get more targets when the Giants come out of the bye and take on the Houston Texans for a Week 10 matchup. Golladay is expected to return for that game barring any setbacks, so that could affect Robinson’s usage.