Giants get back top slot receiver from injury 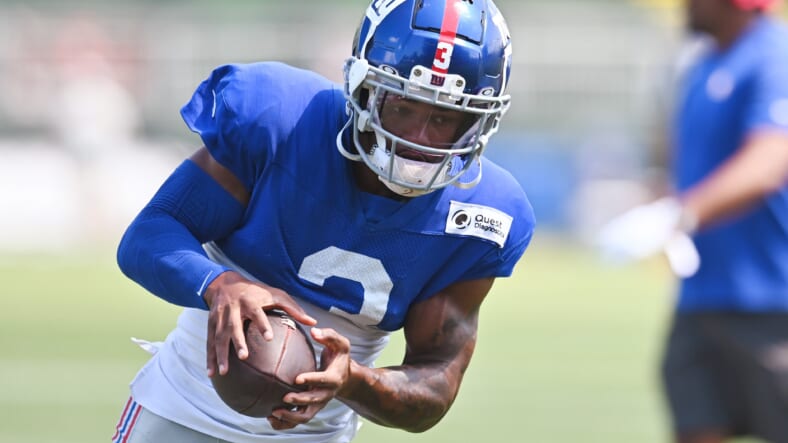 Shepard can help the Giants in his return:

Pretty impressive of Shepard to make it back so fast. The veteran savvy of Shepard now in year seven of his career can surely help this new-look Giants offense.

Shepard spoke with the media following yesterday’s practice and spoke about his status.

“I knew when I had the surgery that I would be back for opening day. They told me if I put the work in I could do it and I’ve always been a hard worker.”

He did not even land on yesterday’s injury report. Considering he was not practicing two weeks ago and was limited this week, Shepard deserves credit for putting the work in to have himself ready for the beginning of the season.

Shepard followed up by stating, “I’m excited. It was a long road and there were some tough times.”

The Giants do have a multitude of receivers who can take on starting reps. With Kadarius Toney, Wan’Dale Robinson, and Kenny Golladay it is a good thing for Shepard as he does not have to be rushed into a bulk of reps.

Situationally, Shepard can undoubtedly be an asset to this Giants offense. What exactly his role will be remains to be seen. Nonetheless, on third downs in the slot, Shepard’s experience can give the Giants’ offense a sure presence.