UFC: Three biggest stars to come out of the contender series 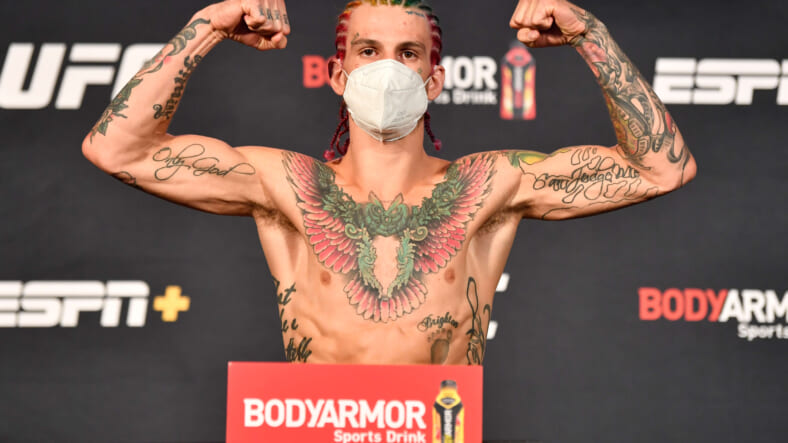 Tomorrow night marks the return of UFC president Dana White’s Contender Series. The contender series made it’s debut back in 2017.

The show has produced incredible fights and the show has introduced us to many fighters who are now prominent in the UFC.

With the return of the series starting tomorrow, I decided to take a look at the three biggest stars, in my opinion, to come out of Dana White’s contender series.

To me, the biggest star is not questionable. The biggest star to come out of the contender series is Suga Sean O’Malley (12-0). O’Malley burst onto the scene when he knocked out Alfred Khashakyan on the show.

Since his appearance on the show, O’Mally has gone 4-0 in the UFC. He had some USADA issues that kept him out of action for a couple of years, but he’s returned in full force in 2020.

O’Malley has scored back-to-back first round knockouts looking better than he ever has. At just 25 years old, the Suga Show is becoming must see TV. He has all the makings to be the next superstar. O’Malley fights Chito Vera at UFC 252 in a couple of weeks.

Handz of Steel Geoff Neal (13-2) appeared on the contender series back in 2017. That night, Neal knocked out Chase Waldon in the first round earning himself a shot in the UFC.

Since joining the promotion, Neal has looked incredible. Neal has gone 5-0 with only one fight going the distance. Neal has the makeup to be a big star in the UFC. He’s got incredible talent and a killer instinct.

Because he is so dangerous, the promotion was having a difficult timing finding Neal a fight in 2020. It became so bad that Neal had to pick up a job serving tables just to make some extra money.

However, Neal was recently booked to take on fellow top 15 welterweight Neil Magny on August 29th. If Neal looks impressive in that contest, he might only be a couple of wins away from getting a shot at the title.

Edmen Shahbazyan (11-1) was making headlines last week because everyone believes he’s going to be a star. The 22 year old went into UFC Vegas 5 at 11-0 with 10 first round finishes. One of those finishes came in the contender series.

Shahbazyan was humbled over the weekend by Derek Brunson and he suffered the first loss of his career. Again, at just 22, the future is very bright for Shahbazyan. The man could still become world champion one day.

He’s still going to be ranked in the top ten of the UFC‘s middleweight division despite the loss. With the talent and following he has already, you can’t deny that he’s one of the biggest stars we’ve seen come out of the show.

In addition to the three that I mentioned, there have been several other big time fighters to come out of the show. Fighters like Dan Ige, Ian Heinisch, Maycee Barber, Greg Hardy, Ricky Simon, and Ryan Spann amongst others.

White’s show has been incredibly successful about finding some premier talent. I’m pumped that the show is coming back, and I’m looking forward to seeing some of the future stars of the UFC.