UFC: Is it time for Shogun Rua to hang it up? 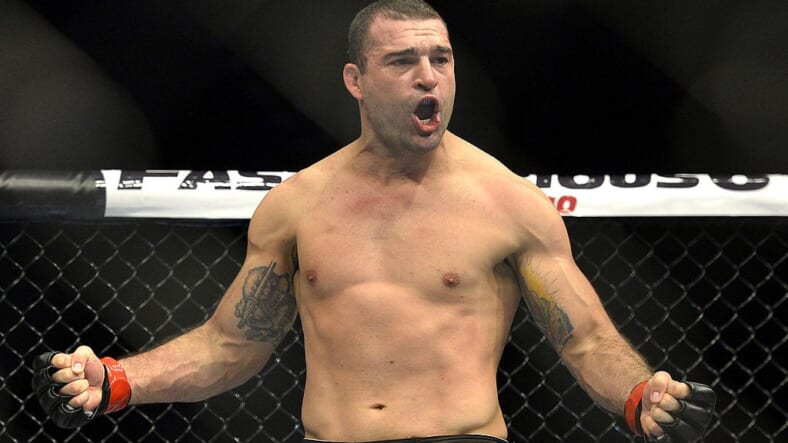 BRISBANE, AUSTRALIA - DECEMBER 07: Shogun Rua of Brazil celebrates a knock out victory during the UFC Brisbane bout against James Te Huna at the Brisbane Entertainment Centre on December 7, 2013 in Brisbane, Australia. (Photo by Bradley Kanaris/Getty Images)

The fight on Saturday night didn’t go according to plan for the former UFC light heavyweight champion. Rua couldn’t keep Craig off of him for the most part in the fight. Shogun said that he actually sustained an elbow injury after Craig’s first takedown.

He had moments in the first and second round whenever the two were striking. Shogun was able to land a couple of really good straight shots, but he wasn’t throwing any leg kicks which I though would be key for a victory at UFC 255.

Craig was able to land a big takedown and take Shogun’s back. It wasn’t long after that, that Shogun found himself flattened out. After Craig landed a few big shots, Shogun tapped out due to the strikes giving Craig the TKO victory.

The former UFC light heavyweight champion is going to be turning 39 years old this week. He looked like a shell of his former self on Saturday night and Dana White said that he believes he should be done in the post-fight press conference.Â

In Rua’s Instagram post where he detailed his elbow injury, he said that he would talk to his family about his future. The former UFC light heavyweight champion has accomplished so much in his historic career.

He’s one of a few men to have captured titles in Pride and in the UFC. However, he hasn’t been able to compete at the top level for a very long time. He’s stayed competitive, but it’s clear that his career is on life support.

If Shogun was to compete again, I would only want the UFC to give him a fight that he could actually win. I personally wish he would have walked away after the trilogy with Nogueira because there is truly nothing left for the legend to prove in this sport.