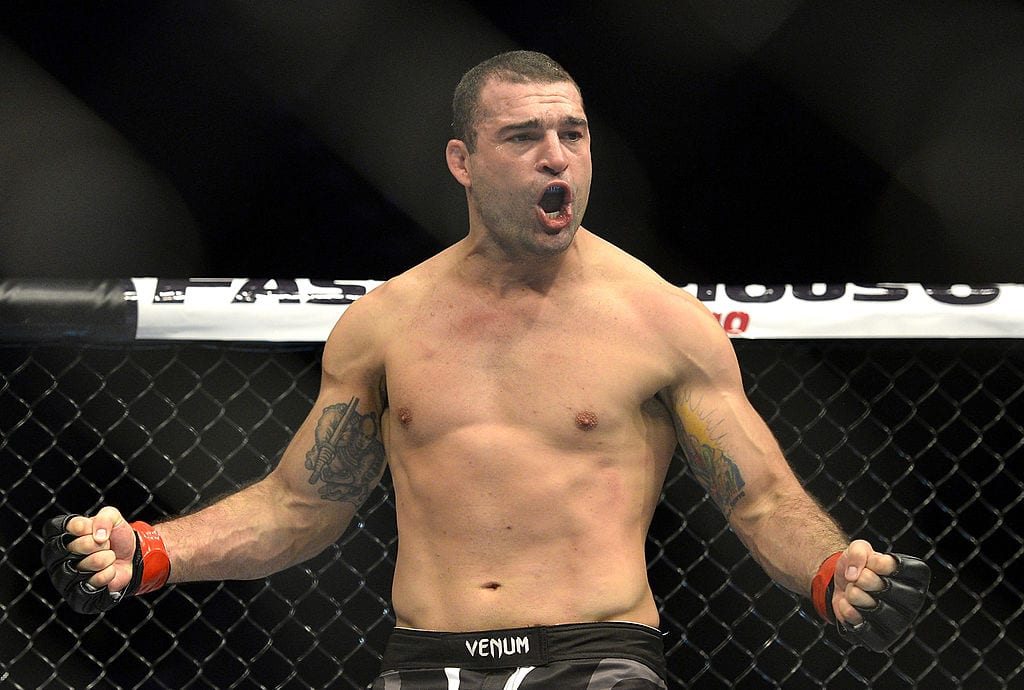 The fight on Saturday night didn’t go according to plan for the former UFC light heavyweight champion. Rua couldn’t keep Craig off of him for the most part in the fight. Shogun said that he actually sustained an elbow injury after Craig’s first takedown.

He had moments in the first and second round whenever the two were striking. Shogun was able to land a couple of really good straight shots, but he wasn’t throwing any leg kicks which I though would be key for a victory at UFC 255.

Craig was able to land a big takedown and take Shogun’s back. It wasn’t long after that, that Shogun found himself flattened out. After Craig landed a few big shots, Shogun tapped out due to the strikes giving Craig the TKO victory.

The former UFC light heavyweight champion is going to be turning 39 years old this week. He looked like a shell of his former self on Saturday night and Dana White said that he believes he should be done in the post-fight press conference.

In Rua’s Instagram post where he detailed his elbow injury, he said that he would talk to his family about his future. The former UFC light heavyweight champion has accomplished so much in his historic career.

He’s one of a few men to have captured titles in Pride and in the UFC. However, he hasn’t been able to compete at the top level for a very long time. He’s stayed competitive, but it’s clear that his career is on life support.

If Shogun was to compete again, I would only want the UFC to give him a fight that he could actually win. I personally wish he would have walked away after the trilogy with Nogueira because there is truly nothing left for the legend to prove in this sport.

The two men previously fought to a split draw last year. Since then the former UFC light heavyweight champion, Rua, fought back on Fight Island when he concluded his trilogy with Antonio Rogero Nogueira.

Rua won that fight by split decision. The former champion is now 2-0-1 in his last three fights, however, he hasn’t looked incredibly impressive in those performances. Shogun will head into tomorrow night as the 14th ranked light heavyweight in the UFC.

Craig on the other hand will come into the fight 15th. Paul Craig is known for one that and that is submitting his opponents. Out of his 13 professional wins, only one of them hasn’t been a submission. Craig has only gone the distance once in his professional career and that was against Shogun.

This is such an interesting fight to think about. Both men are inside the top 15 of the UFC‘s light heavyweight division, however, both are in vastly different career positions. Shogun is clearly on his way out the door in his fighting career.

Meanwhile, Craig is looking to take another step forward to getting to fight top ten competition. I think that we are going to learn a lot about this fight in the opening round tomorrow night.

If the former UFC light heavyweight champion can establish his leg kicks early and maintain good striking distance, he’s got a great chance. Craig is the bigger man, but his striking isn’t anything to write home about.

While Shogun is a black belt in Jiu Jitsu, Craig wants to get this fight to the mat. He should have a big advantage on the mat and we have seen Shogun submitted before. Shogun’s cardio concerned me in his last fight, but we’ve only seen Craig go the distance once.

I’m honestly not sure who will have the cardio advantage. When making a prediction, I think that Craig is going to be able to get this fight to the ground. I think his strength on the ground will prevail and he will get the win over the former UFC champion.

At the time of their rematch, it would be almost a year to the date from when they previously met at UFC Fight Night 164. In their first fight, the two men fought to a split draw.

The light heavyweights fought to a split draw last November.

Both of these men rank just inside the top 15 of the UFC‘s light heavyweight division. Craig comes in at 15th while Shogun comes in at 14th. A win for either man would likely get them a shot against someone in or close to the top ten.

Shogun is coming off of a split decision win over Antonio Rogerio Nogueira at UFC Fight Island 3. The fight was the final chapter in the two Brazilians’ trilogy. Shogun won all three fights, but the final one was razor close.

The fight was back and forth with Shogun getting rocked a few times. Despite this, he was able to do enough to earn the decision victory on two of the judges scorecards. Shogun is definitely nearing the end of the line in his historic career.

Earlier that evening, Craig fought and defeated Gadzhimurad Antigulov. Craig was able to secure the win via his signature triangle choke. The win was Craig’s seventh career win by triangle choke.

Both men are in very interesting spots in their UFC careers. For Shogun, it appears he’s only a couple of fights away from retirement. I don’t see another title run in him despite the fact that he’s 5-1-1 over the last five years.

For Craig, he needs that signature name that’ll get him back on track. He was once 9-0, but has gone 4-4-1 in his last nine fights. A win over Shogun would be two in a row and would get him closer to the top ten in the division. 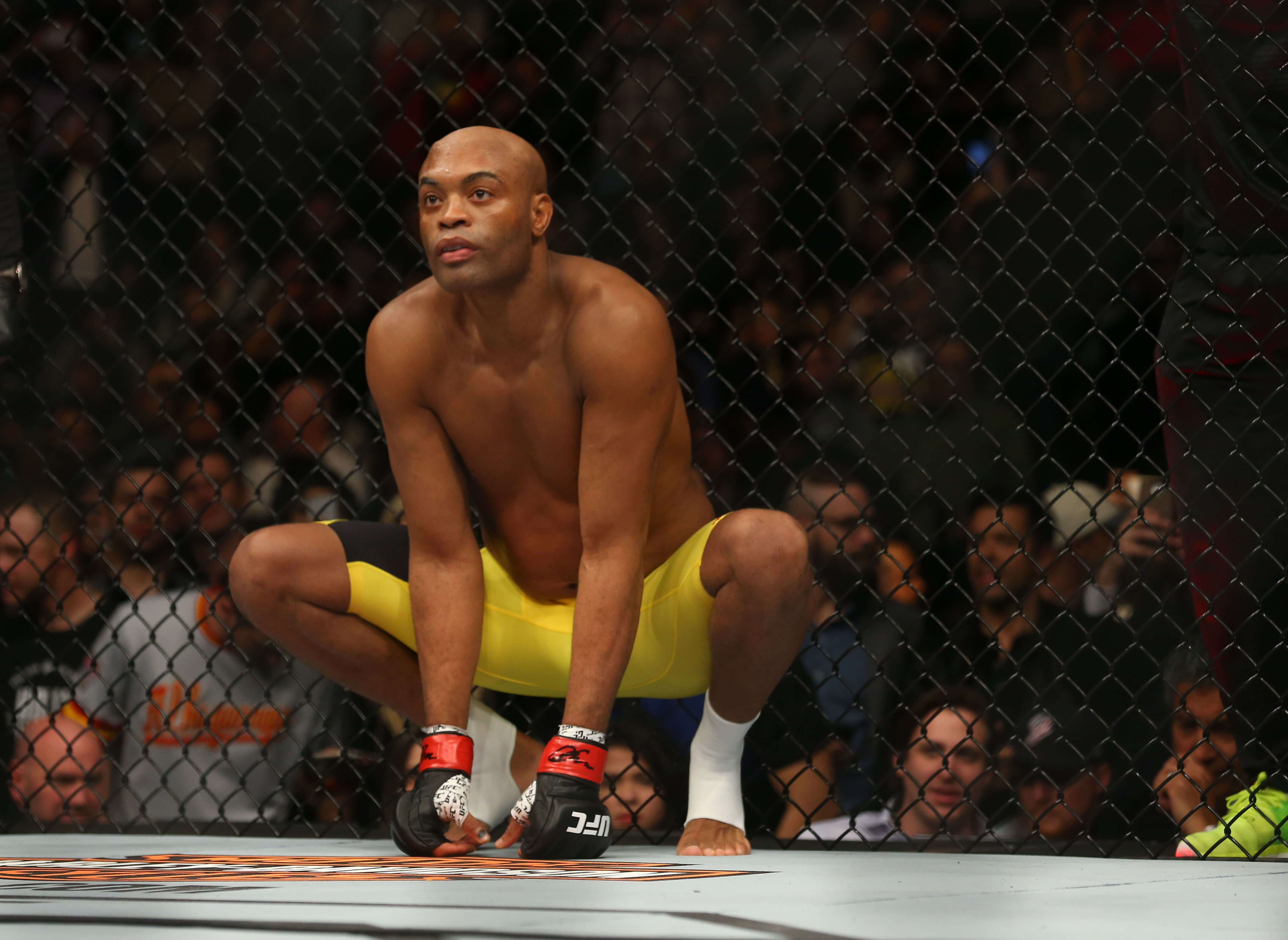 The career of one of the greatest of all time in the UFC is coming to an end. Anderson “The Spider” Silva (34-10, 1 NC) is down to the final two fights of his career. Silva is considered to be on the short list for the greatest. In his prime, Silva’s run was incredible as he went 16-0 in the UFC with 11 successful defenses of the middleweight title. Silva lost the title to Chris Weidman, then in the rematch suffered a horrific broken leg. Silva is on a stretch currently where he’s gone (1-6 with 1 NC) in his last eight fights. Most of those fights besides the Cormier and Connonier fights were competitive while they lasted. With two fights left, who should the Spider fight in his last couple of fights?

I’m going to start with a fight that we were supposed to see a few years ago. Anderson Silva and Uriah Hall (15-9) were initially scheduled to fight at UFC 198. Silva had to pull out of the fight due to a medical issue. The fight would be a striking lovers dream. Both men have entertaining styles, and both men would want to trade. Hall came out of the Ultimate Fighter years ago being labeled as the next Anderson Silva. People thought the two were on a collision course for the UFC middleweight title. Of course, Hall’s career never took off the way we thought, and Anderson hit the tough stretch mentioned above.

At this stage, I think it would be the perfect matchup for Silva. Now, Uriah Hall is currently scheduled to fight Yoel Romero in August. If Hall gets through Romero, the fight wouldn’t make sense if you’re Hall because he will likely want someone who will get him closer to a title shot. However, if Romero wins, Hall will need an opponent, and Silva would be the perfect choice. A lot of moving parts, but this is a fight that I would love to see.

What more could you ask for if you’re a fan of Brazilian MMA. Two absolute legends in the sport going head-to-head near the end of their careers. If this fight were to come together, it’d have to be done in Brazil. I can just imagine the Brazilian crowd with Silva taking on Mauricio “Shogun” Rua (26-11-1). Both men are former UFC champions, and both men would be enshrined in any MMA Hall of Fame.

Rua, who turns 39-years-old later this year, is scheduled to conclude his trilogy with Antonio Rogerio Nogueira in July. If Rua gets through that fight victorious, a fight with Silva would make perfect sense. Neither man is going to be making a run for the title at this stage of their careers. Why not pair the two up for a main event that global MMA fans would love to see? Obviously it wouldn’t be the same as it would have been years ago, but for the die-hards, this would be a fight that you’d turn in for.

This one is coming out of left field, but just think about it. How much fun would it be for Silva to take on former UFC welterweight champion, “Ruthless” Robbie Lawler (28-14, 1 NC)? The former welterweight king is entering the twilight of his career. After reining over the 170 pound division, Lawler has gone 1-4 in his last five fights. At 38-years-old, you have to wonder what’s next for Lawler. Lawler was completely dominated by Colby Covington in his last fight.

It’s hard to imagine Lawler climbing up the mountain again at this stage. However, we all know that Lawler is not done with his UFC career. Why not have him move back up to 185 pounds to fight Anderson Silva? Both men are former champions, and both men don’t have a clear next step in their careers. This would be another fun one for fight fans everywhere. Anderson does the best when a guy goes right after him, and we know that Lawler will do just that.

This would probably be the fight that Anderson Silva would want if you asked him who he’d like to fight (Outside of Conor McGregor). For years, Silva has maintained that he believes that he was better than Chris Weidman (14-5). Weidman knocked Silva out at UFC 162 after Silva was showboating. Silva was controlling the striking and having fun, but he got a little too careless. The two immediately ran the fight back, and Silva was losing this contest. In the second round, Silva looked to be getting into his rhythm before Weidman checked a leg kick that snapped Silva’s leg.

In the eyes of the MMA world, the two fights have a “What if?” about them. What if Anderson took Weidman seriously and didn’t put his hands down in the first fight? What if Silva didn’t break his leg in the second fight? No matter what Weidman says, there are always going to be questions around those two fights. Many won’t give Weidman his proper due for those fights. Obviously Silva is not the same guy anymore, but neither is Weidman who has gone 1-5 in his last six fights getting knocked out in every loss. Weidman has a fight coming up, but regardless of the outcome, why not run it back one final time? Give Weidman the chance to shut the doubters up for good or give Anderson the chance to prove that both fights were flukes.

I really don’t know what Dana White and the UFC are going to do with these last couple of fights. All we know for sure is that they are not going to give Silva a pure wrestler outside of Weidman. They are going to give him someone who will stand and trade. Anderson Silva is one of the reasons I became a massive MMA fan, and it’s going to be bitter-sweet seeing these last couple of fights. No, he’s not the same guy he used to be, but in the hearts of fans everywhere, we will still get goosebumps hearing “Ain’t No Sunshine” by DMX play as Silva makes his walk for the couple of times.