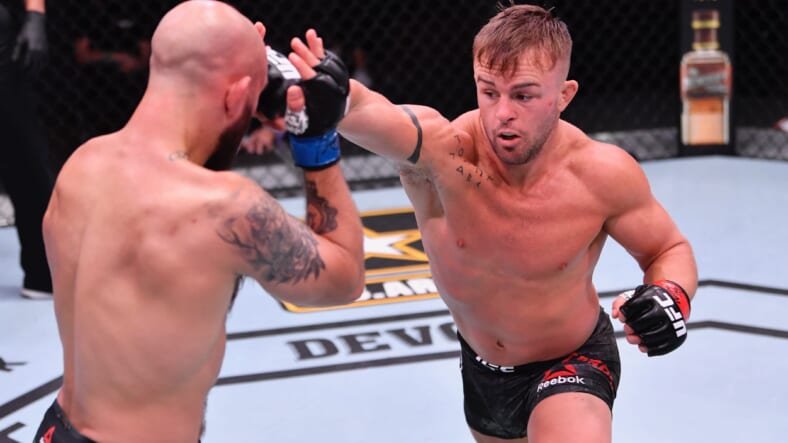 The UFC is adding a big-time matchup on very short notice to their second Fight Island card. MMA Junkie is reporting that UFC bantamweight contenders, Cody Stamann (19-2-1) and Jimmie Rivera (22-4) will be clashing on Fight Island.

It was reported last night that the UFC had lost it’s co-main event of their July 15th card as Pedro Munhoz tested positive for COVID-19. The UFC started exploring options for Frankie Edgar with the Munhoz fight being scrapped. One of the fighters that spoke up about taking the fight against Edgar on short notice was Cody Stamann.

Once Stamann volunteered to fight Edgar, the wheels started spinning for the UFC. There became increasing interest in getting Stamann on the card. The Edgar fight didn’t materialize, but the UFC had another opponent for Stamann.

From a rankings perspective, this fight is perfect for the UFC. Stamann is currently ranked 10th while Rivera is ranked 9th. Stamann is coming off of a very emotional win last month after losing his little brother tragically. He never looked better in that fight, and he’s looking to capitalize on the momentum. With both men being bigger bantamweights, they have agreed to fight at 145 pounds due to the short notice.