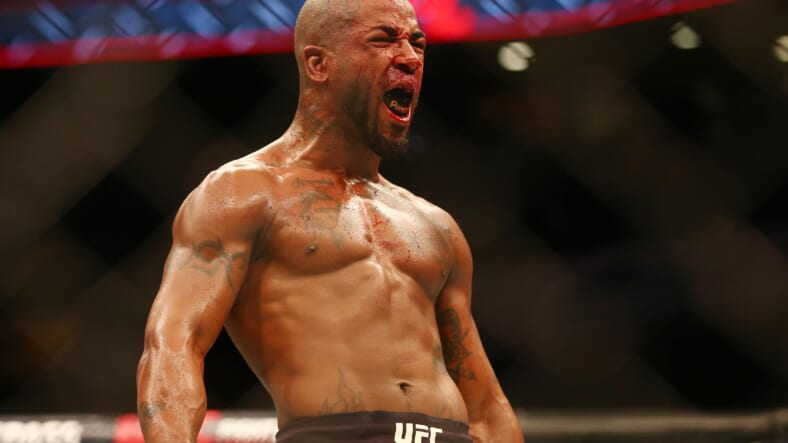 The UFC has finalized a barnburner in the lightweight division. MMA Reporter Walter Salcido was the first to report earlier this afternoon that the promotion booked a lightweight matchup between Bobby “King” Green (28-12-1) and Nasrat Haqparast (13-4).

The matchup will take place at UFC 271 on February 12th. For Haqparast, he will be looking to bounce back after his last performance. The last time we saw him in the octagon was back in September at UFC 266 when he took on Dan Hooker.

Now, it was a very unusual circumstance for both men who fought that night. Both men had troubles getting back into the United States due to restricted traveling. Both men arrived just in time to cut the weight they needed to, weigh in, and fight.

Haqparast had a good showing, but couldn’t match Hooker’s overall game that night. The loss snapped a two-fight winning streak which featured wins over Rafa Garcia and Alex Munoz. Overall, Haqparast is 5-3 since joining the UFC.

While Haqparast will look to bounce back, Bobby Green will look to pick up his second consecutive win. The last time we saw Bobby Green was back at UFC 268 at Madison Square Garden when he welcomed Al Iaquinta back to the octagon.

Green dished out a very poor homecoming party for Iaquinta by knocking him out in the first round. The win snapped a two-fight losing streak for Green. Granted, one of those losses came against Rafael Fiziev in a very entertaining fight that could’ve gone either way.

Prior to that two-fight losing streak, Green had won three straight which included wins over Clay Guida and Lando Vannata. Green has looked sensational over his last few performance and I’ve really been impressed with his striking.