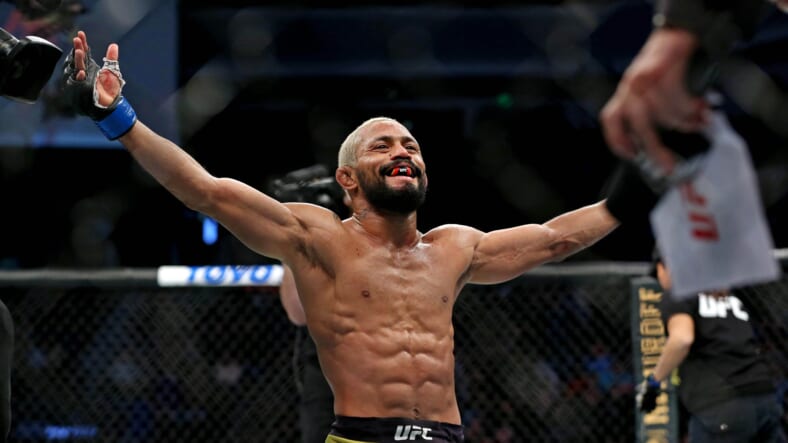 The UFC news is coming fast and furious today. Dana White told ESPN today that the promotion is going to have two flyweight title fights at UFC 255. Deiveson Figuiredo (19-1) will be taking on Cody Garbrandt (12-3) and for the women, Valentina Shevchenko (19-3) will be taking on Jennifer Maia (18-6-1).

Breaking: It will be flyweight title night at UFC 255 on Nov. 21, per Dana White (@danawhite).

This is massive news for the promotion. The UFC has said that they were working on Figuiredo’s first title defense, and he has a tall order. The former bantamweight champion, Garbrandt has teased moving down to flyweight.

He said recently in an interview that he wanted to go down and claim a second title. Figuiredo is coming off of a dominant victory over Garbrandt’s former teammate, Joseph Benavidez at UFC Fight Island 2.

This is a massive matchup and a very interesting one. TJ Dillashaw tried doing what Garbrand’s doing and showed a diminished chin in a first round TKO loss to Henry Cejudo. Will Garbrandt fair better?

Figuiredo looks like he can become a dominant champion in the UFC that can reign for a long time. However, Garbrandt is by far the biggest challenge that he could face at flyweight. This will be a fantastic matchup.

One of the most dominant fighters in the UFC is flyweight champion, Valentina Shevchenko. She has walked through who has stood in her way outside of Amanda Nunes.

She was scheduled to fight JoJo Calderwood back in June, but an injury forced the UFC champion to withdraw. Jennifer Maia defeated Calderwood last week to earn her title shot. The victory prompted a callout from the champion.

Two massive flyweight title fights headline a very impressive card from the UFC. The promotion is going to really be kicked into high gear for the rest of 2020. Who do you think will walk away from UFC 255 with flyweight gold?