After UFC Vegas 20 win, what’s next for Magomed Ankalaev? 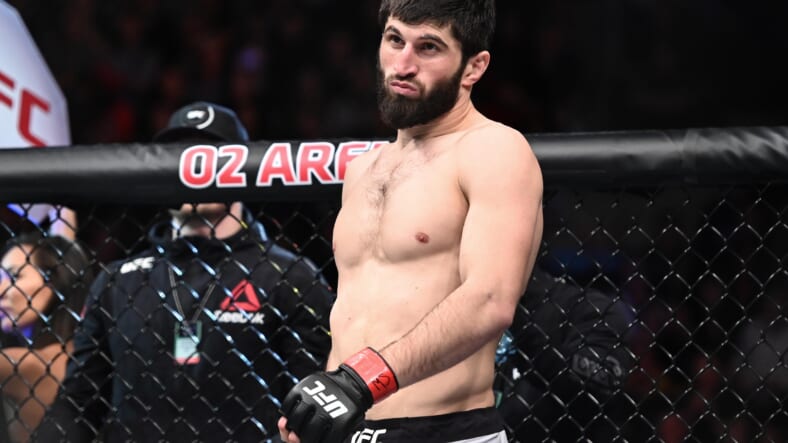 This past Saturday at UFC Vegas 20, Magomed Ankalaev (15-1) and Nikita Krylov (27-8) went head-to-head in a pivotal match in the light heavyweight division. The winner of this matchup would only be a win or two away from a UFC title shot.

In the first round, Nikita Krylov was getting the better of the exchanges. Krylov was using his kicks nicely and his clinch control was impressive. All three judges gave the first round to Krylov. However, after round one, the momentum switched.

Magomed Ankalaev came out very aggressive to start the second round. There was a lot of pressure from Ankalaev and he started working his wrestling. Krylov couldn’t get anything going at UFC Vegas 20 once Ankalaev started going downhill.

Neither man did serious damage to the other throughout the fight. It was a tactical affair that was relatively easy to call once the final bell sounded. It was clear that Ankalaev had won the last two rounds with his forward pressure and his wrestling.

When the judges scorecards were read, Ankalaev won 29-28 on all three scorecards. After losing his UFC debut by a last second triangle choke, Magomed Ankalaev has now won six fights in a row at 205 pounds.

Considering what is currently on the books, I think a matchup in April would provide the perfect opponent for Ankalaev. At UFC 261 in April, Anthony “Lionheart” Smith (34-16) will be taking on Jimmy Crute (12-1).

Smith is currently ranked sixth while Crute is ranked 12th in the light heavyweight division. Whoever wins this matchup would be the perfect next opponent for Ankalaev. I belive this is where the promotion will head. Whoever would win the matchup between the winner and Ankalaev might just be one victory away from a UFC title shot.