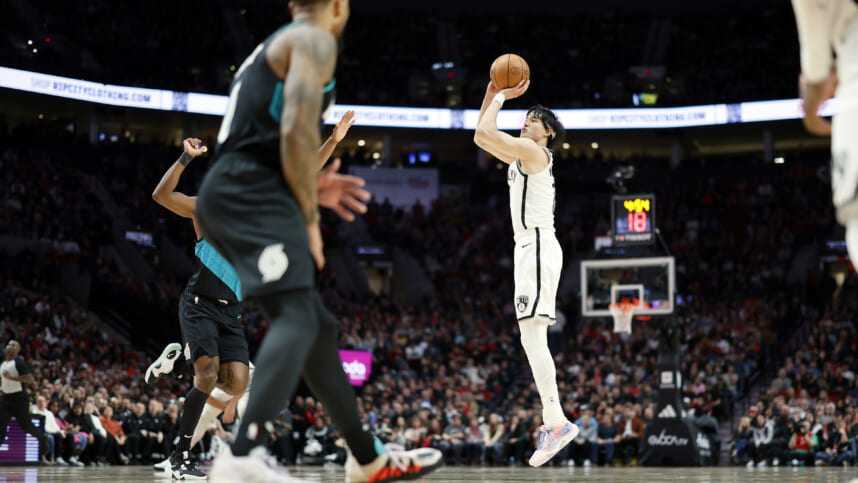 The Brooklyn Nets will continue to miss the services of their most reliable reserve Yuta Watanabe when they continue their road trip in Indiana on Black Friday.

Watanabe, who was also a fan favorite in Toronto last season, missed Wednesday night’s game against his former team with a hamstring injury.

Brooklyn coach Jacque Vaughn revealed to reporters before the game that Watanabe took an MRI in Philadelphia and the result came back positive.

“Yuta has a hamstring strain. So we’ll reassess him when we get back home. [We] Definitely miss him. I spoke a little bit [Tuesday] of how [Watanabe’s absence] put a little bit of strain, because it gives us the ability to play big and small. And there was a stretch where we just missed him, so we had to run Royce [O’Neale] a little bit longer, he ends up playing 38, 39, 40 minutes. So it puts a strain on the group overall.”

Watanabe currently leads the league in three-point accuracy, sinking 57.1 percent of his attempts. Over the last four games prior to his injury, Watanabe averaged 14.5 points while making 12 of 20 3s.

So we just want him to remain confident and shoot the opportunities that he gets out there. He makes the game a lot easier and we have guys that are willing to sacrifice their body night-to-night. We want to reward them, especially when they’re shooting the ball.”

Playing on a non-guaranteed contract, Watanabe quickly morphed into the Nets’ biggest steal in the offseason. The 28-year-old swiss-knife player is averaging 8.1 points on 60.9 percent shooting and 2.9 rebounds while providing tough defense in 18.2 minutes, making him a vital piece of the Nets’ second unit.

The Japanese forward will have a chance to return to the lineup on Sunday when the Nets host the Portland Trail Blazers.