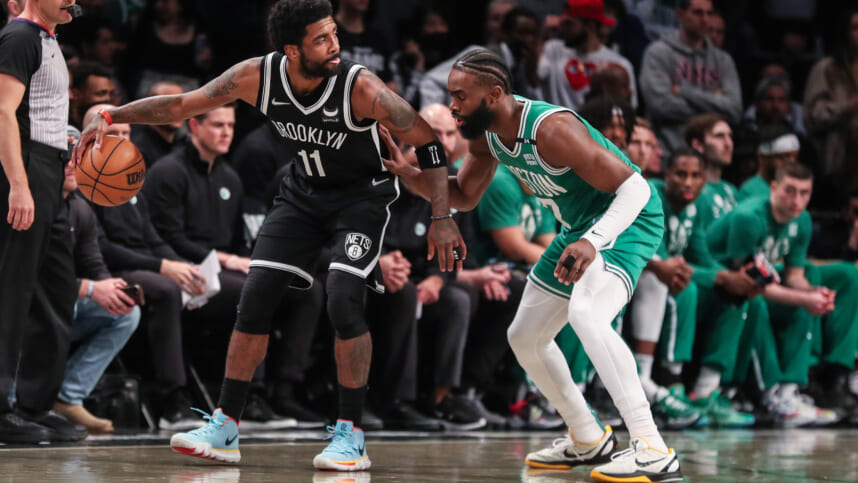 Boston Celtics star Jaylen Brown said the National Basketball Players Association is expected to appeal the Brooklyn Nets‘ suspension of Kyrie Irving and the conditions for his return.

Irving was suspended for at least five games without pay for his refusal to apologize for posting a link to a movie with antisemitic tropes and condemn antisemitism. He was given a six-point action list before he could be reinstated.

Irving issued a public apology on his Instagram account shortly after the Nets announced his suspension. The Anti-Defamation League rejected Irving’s $500,000 donation after the Nets handed out the suspension.

Brown, vice president of the players association, said “a lot of players expressed discomfort” over the requirements, which “seem to be a lot.”

“There is an interesting distinction between what somebody says verbally and what somebody posts as a link on a platform with no description behind it. Some people will argue there’s no difference and some people will argue there is a difference. There’s no language in our CBA. There’s no rules against it. This is uncharted territory for everybody, and everybody is trying to figure out the difference between the two.”

While Brown acknowledged that Irving made a mistake, he does not believe his former Celtics teammate is antisemitic.

“I don’t believe Kyrie Irving is antisemitic. I don’t think people in our governing bodies think he’s antisemitic. He made a mistake. We understand from an outside perspective how important sensitivity is to not condone hate speech and not condone anything of that nature.

“We don’t want to stand up for somebody in order to not condemn hate speech, but I don’t believe Kyrie Irving is antisemitic. And hopefully the NBA feels the same way.”

Irving is scheduled to meet with NBA Commissioner Adam Silver Tuesday, which could bring clarity to his future with the Nets and the league.