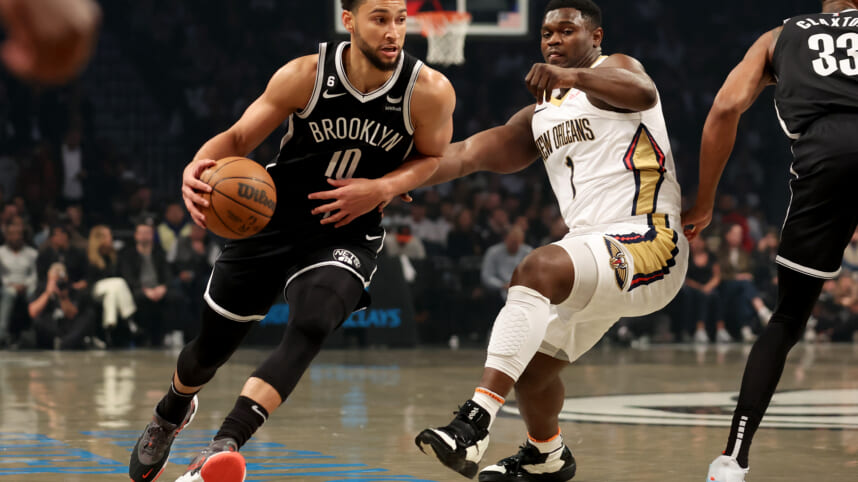 The Brooklyn Nets started the season on the wrong foot, absorbing an embarrassing 130-108 beating at the hands of the New Orleans Pelicans at home.

Kevin Durant tried to carry the Nets on his back but got little support. Kyrie Irving missed 13 of 19 shots. Ben Simmons was more horrible.

It was a forgettable debut for Simmons, who fouled out early in the fourth quarter, with little to show that was way below expectation. The 6-foot-10 Simmons attempted only three shots and finished with six points, five rebounds and five assists against three turnovers.

“It takes time. Having back surgery and being away from the game for a year there are little things that your mind might tell you to do something, but your body’s not wanting to do that.”

But it wasn’t the case for Zion Williamson, who played his first official game since May 4, 2021, after recovering from a fractured foot.

Williamson played like he didn’t miss a beat, barreling his way to 25 points on 50 percent shooting. He was active on both sides of the ball and came one rebound shy of a double-double with nine rebounds, three assists and four steals.

It was the type of performance that bolsters the Pelicans’ bid to make some serious noise this season after their breakthrough playoff appearance last season. It was the exact opposite of Simmons’ official return since Game 7 of the 2021 Eastern Conference semifinals between his former team, Philadelphia 76ers and the Atlanta Hawks.

However, Simmons’ flop debut wasn’t a cause of concern for Nets coach Steve Nash.

“I just think he’s rusty. The guy hasn’t played for over a year—still getting used to referees, defense, offense. This is a process. You guys have heard me say it, but he’s shown obviously glimpses of the player we know he is and can be but it’s not easy. We’re here to support him, we’re here to push him, coach him up, and try to get him to a place where he can play at the level he’s played in the past. It’s all there for him.

I mean, I think that you see those glimpses throughout the preseason, but now putting it together, really getting his legs under him, his rhythm, and then assimilating to a new group—there’s a lot on his plate. As long as he continues to build his confidence, play hard, and play with force, we’re fine with him making mistakes as he grows into this.”

Simmons and the Nets have a chance to bounce back against the visiting Toronto Raptors on Friday. The Raptors are fresh from spoiling Donovan Mitchell’s debut with the Cleveland Cavaliers.