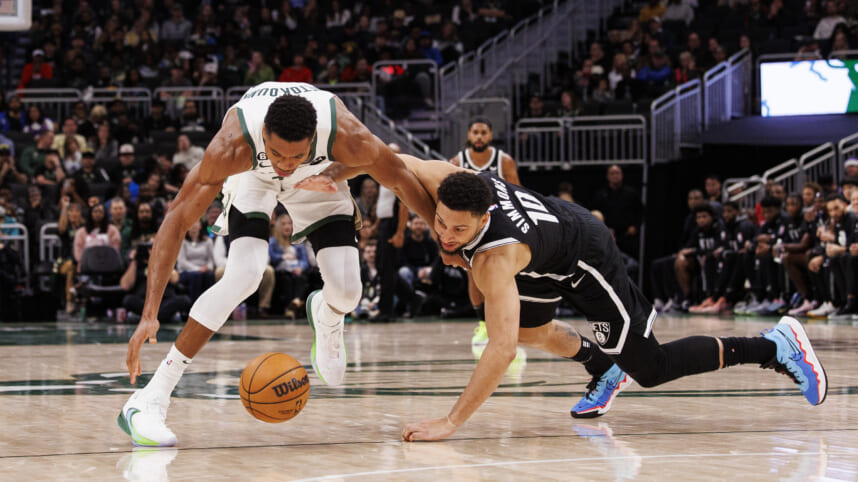 It’s hard to put a stock on the Brooklyn Nets‘ 107-97 win in a high-profile preseason matchup against Eastern Conference rival Milwaukee Bucks. But it’s also hard not to get excited if you’re a Nets fan with the way Ben Simmons bounced back from a subpar play against Miami.

Simmons flashed his All-Star form as he flirted with a triple-double (7 points, 8 rebounds, 10 assists and 2 steals). But on top of that, it was his defense against Antetokounmpo that stood out.

Simmons helped slow down former MVP and Nets’ tormentor Giannis Antetokounmpo who finished with 24 points on 21 shots. Antetokounmpo missed four of his five shots with Simmons as his defender in an ominous sign for the Bucks.

Simmons showed a glimpse of how good the Nets could be with him anchoring their defense and serving as a release valve on offense. The point guard trapped in a 6-foot-10 frame fueled the Nets’ beautiful ball movement that netted them 32 assists. On the other end of the floor, he stood his ground against Antetokounmpo, who tried to bullied him in the paint.

Simmons led the Nets with six deflections and was tied with Nic Claxton with four screen assists. He contested seven shots, mostly came against Antetokoumpo.

After shaking off a 470-day layoff, Simmons could only get better from here, which augurs well for the Nets. While he doesn’t drill fancy step-back threes and manufacture points from the free-throw line as much as Harden does, Simmons’ versatility fits better in between Kevin Durant’s easy money sniping and Kyrie Irving’s out-of-this-world shotmaking.

Two seasons ago, Durant fell a foot short of beating Antetokounmpo and the Bucks in the second round of the playoffs. Last season, Durant, Irving and the Nets could not match the Boston Celtics’ length and athleticism in the first round. Simmons could provide the missing link that just might take the Nets over the hump.

Thursday night’s showing was a step in the right direction.