Ben Simmons excited for Nets debut: If we get it all together, we’re going to be champions 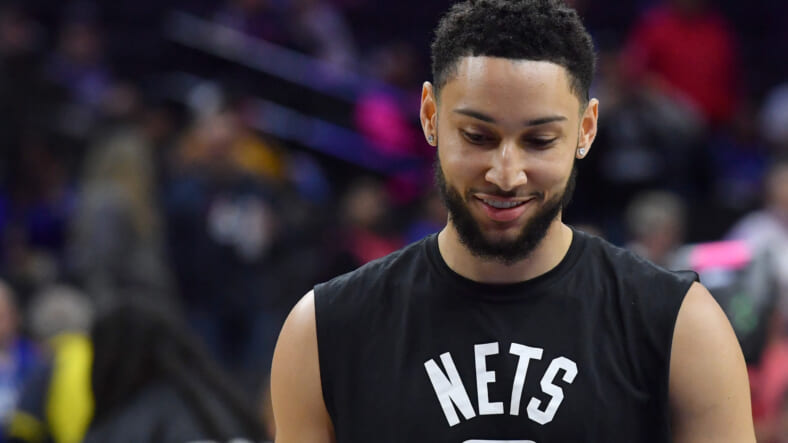 Unlike last year, the Brooklyn Nets are entering the season with less championship hype, even with Kevin Durant and Kyrie Irving deciding to run it back.

It’s hard to bet on the Nets after that soulless first-round exit in the last playoffs. But with Irving now expected to be fully available and Ben Simmons looking like he’s in great space mentally and emotionally, maybe this season could be the breakthrough the Nets have been waiting for.

“It’s going to be sick, I can’t wait [to play again]. I’m so excited. I’ve got a new number, a new jersey. I’m just looking forward to it. I think we have a special team, and if we get it all together, we’re going to be champions. That’s the end goal. But yeah, I’m excited. It’s New York City. I’m playing with some unbelievable players and a great coaching staff.”

Ben Simmons via The Old Man and the Three podcast

Simmons is the biggest wildcard for the Nets in their bid to come out of the loaded Eastern Conference. The 6-foot-10 former no. 1 overall pick has the size to defend the likes of Giannis Antetokounmpo and his former running mate turned rival Joel Embiid. But Simmons also has the vision of a playmaker that will be a significant asset for the Nets, easing the burden on Durant and Irving.

There is an expectation that Simmons can thrive in Brooklyn not only because his shooting flaws can be hidden next to Durant and Irving but also because he will be surrounded by shooters such as Joe Harris, Patty Mills and Seth Curry.

While Simmons is one of the worst shooters in the game (5 of 34 3-point attempts and .597 free-throw percentage in his first four seasons), he’s more than made up for it by being the best at manufacturing three-point shots for others.

Simmons as a playmaking center for the Nets will create mismatches and opportunities for the rest of the team.

“I think just like the talent that we have and the type of players that we have, we’re going to be able to run the floor easily. Right now, this team is just a great fit for what I do and bring to the game. I feel like it’s Philly on steroids in terms of what we had when [JJ Reddick] were there, Marco (Belinelli) and Ersan (Ilyasova).”

Ben Simmons via The Old Man and the Three podcast

But while it looks good on paper, many things have to go right for the Nets, from Simmons’ health and mental space to Irving’s availability and Durant’s durability.

Watching Simmons finally have peace with his past (acrimonious exit in Philadelphia) and showing his excitement to be able to play again is a step in the right direction.